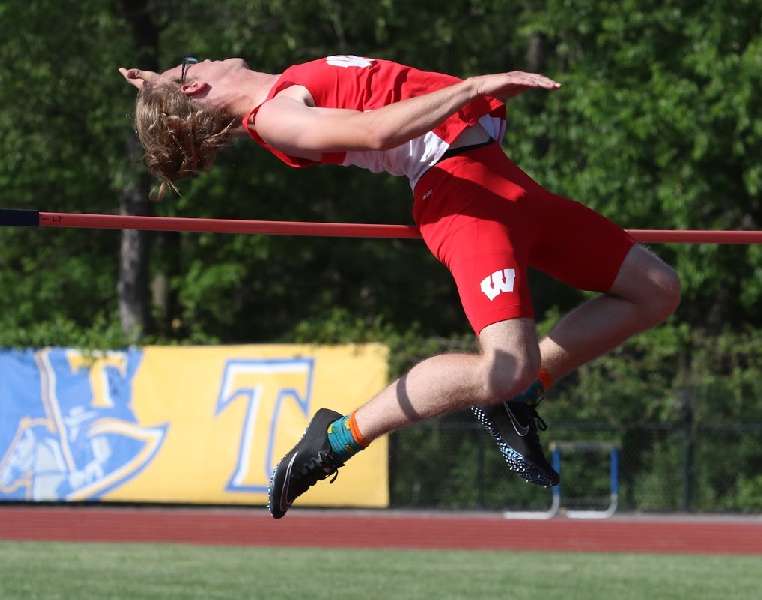 WAVERLY ADVANCES THREE AND A RELAY TO 'SHOWCASE

Under COVID rules in 2021, the top two finishers in each event here at Tuesday’s Class C Championships advance to Saturday’s “Showcase.”

The Waverly foursome of freshman Micah Chandler, senior Alex Gadow, VanDyke, and Wheeler won the 1,600-meter relay in a time of 3:33.88.

VanDyke placed second in the 400-meter dash in 53.95 seconds, and Waverly sophomore Treyton Moore was fifth at 55.4 seconds.

Waverly senior Collin Wright is also headed to Saturday’s “Showcase: after finishing second in the 1,600-meter run in a time of 4:42.2.

The Waverly foursome of Wheeler, Chandler, senior Ryan Lambert, and Moore finished fourth in the 400-meter relay in a time of 45.91 seconds, and Tioga’s quartet of Watson, senior Nate Jaye, junior Chris Walsh, and Rossi finished fifth in 47.14 seconds.

Waverly junior Ryan Clark finished fourth in the discus with a toss of 96-feet, 5-inches. He was seventh in the shot put with a heave of 33-feet, 4 1/2-inches.

VanDyke was seventh in the high jump at 5-feet, 6-inches.

The Section IV Showcase will be held Saturday at Marathon High School.