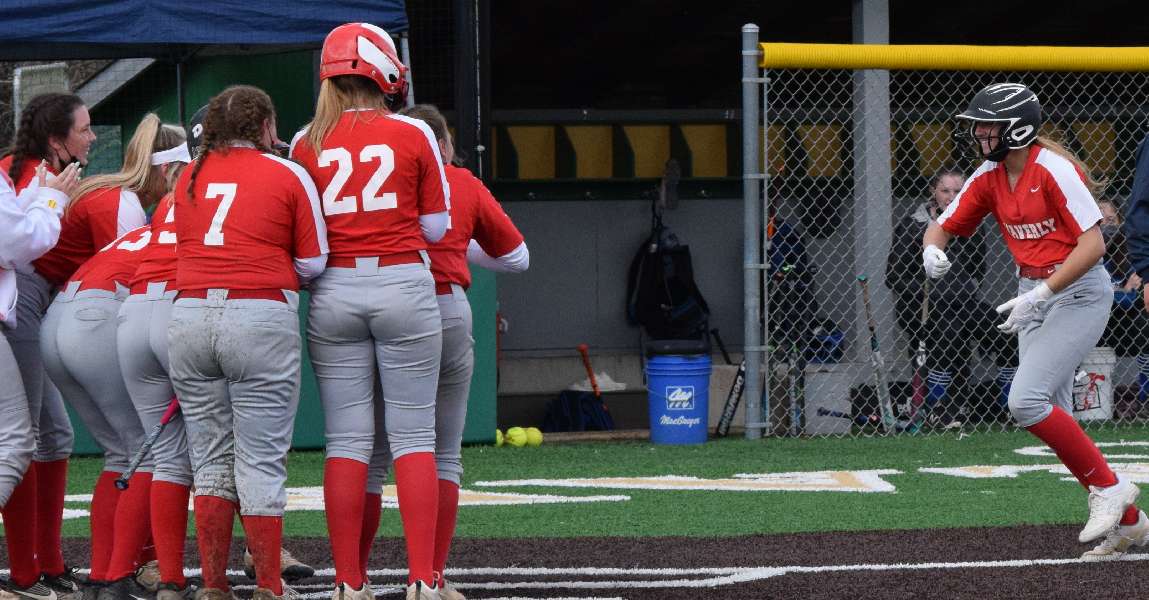 VESTAL — Senior Hali Jenner pitched an extra-innings gem to lift Waverly to a 1-0 win over Vestal Saturday afternoon, but Small School powerhouse Deposit-Hancock’s bats pounded out a 13-3 win over the Lady Wolverines later in the day at the Jim Testa Tournament.

The Testa pod at Vestal was originally scheduled to include Chenango Forks, but they were quarantined, forcing Waverly, Vestal and D-H into a round-robin format.

First Game
Waverly 1, Vestal 0
Jenner scattered five hits over eight innings, and knocked in the game’s only run in the bottom of the eighth in the 1-0 win over Vestal.

Jenner pitched out of a first-and-third, one-out jam in the first inning by throwing out a runner at the plate on a comebacker to the pitcher’s circle for the second out, and a pop fly to the circle.

Junior Bella Romano singled to lead off the fifth inning for Waverly’s first — and only — hit of the game off Vestal’s Kelly Storer, but was caught stealing moments later.

Vestal, playing as the visiting team, put two runners on in the seventh inning, but Jenner induced a pop out to shortstop Sidney Tomasso for the third out.

The next runner to get on base for the Lady Wolverines was also Romano, who reached on an error to lead off the bottom of the eighth inning. Three pitches later, senior Alyssa Sindoni reached on an infield throwing error that advance Bella to third base.

Jenner then grounded a 1-2 pitch to second base to score Romano with the winning run.

Jenner fanned five and walked three in the win.

Storer fanned eight and walked none in the tough-luck loss.

Second Game
Deposit-Hancock 13, Waverly 3
Deposit-Hancock scored five runs in the top of the third inning to break a scoreless tie, then pulled away in a 13-3 win over Waverly Saturday afternoon.

The Lady Lumberjack broke on top with back-to-back RBI doubles by Danielle Seymour and Lacey Drake, and RBI single by Riley Martin, and a two-run home run by Haleigh Weyrauch to cap the rally.

Waverly answered with three runs in the bottom of the third inning. Olivia Robinson reached base on an error, and scored on a two-our RBI single by senior Alyssa Sindoni. Senior Hali Jenner capped the rally with a two-run home run.

The Lady Wolverines managed just one hit over the final four innings off Seymour and Rylee Smith.

Deposit-Hancock scored two runs in each of the final four inning to secure the win.

Jenner homered and drove in two runs, and Sindoni singled, scored one run, and drove in one run to pace Waverly at the plate, while Robinson singled and scored a run, and junior Aubrey Ennis, junior Bella Romano, Jadyn Babcock, and freshman Peyton Shaw each added a single.