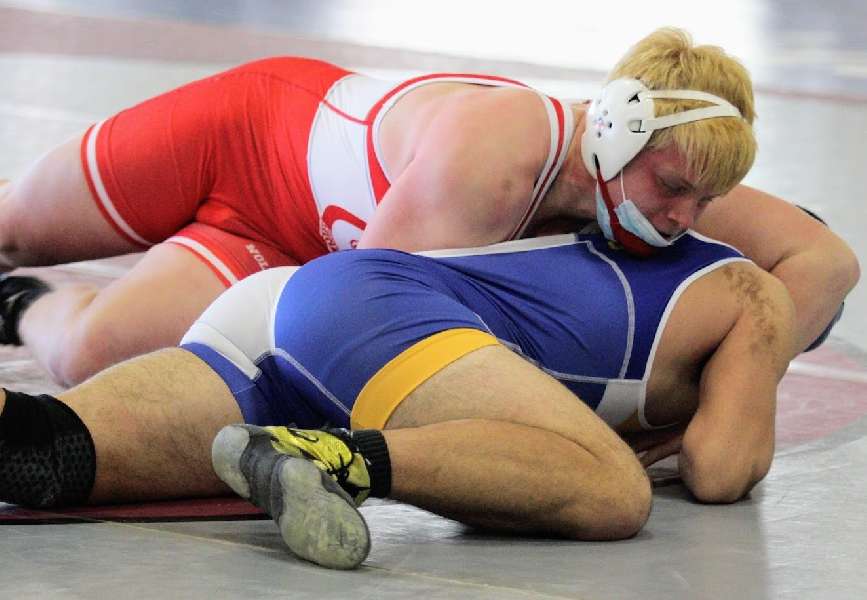 HORSEHEADS — Waverly went 0-3 Saturday to wrap up the two-day Mark Stephens Classic with a 1-5 record.

Juniors Ty Beeman, Gage Tedesco, and Braeden Hills each went 2-1 on the day to lead the Wolverines.

Junior Connor Stotler decked Hunter Mashaw in 1:49 at 138 pounds to give the Wolverines an 18-12 lead, but Gouverneur recorded four falls (and a forfeit) in the next five weight classes to take a 42-18 lead.

Junior Ty Beeman flattened Gabe Wainwright in 1:29 at 215 pounds for the Wolverines, and 8th-grader Troy Beeman received a forfeit at 285 pounds to close out the match.

Penfield 50, Waverly 9
Penfield won the final seven weight classes to pull away for a 50-9 win over Waverly.

Junior Braeden Hills scored a 10-1 major decision over Brayden Vallow at 160 pounds to open the match, and  junior Gage Tedesco won a 10-6 decision over Nathan Weidel at 189 pounds to give Waverly a 7-6 lead.

After a Penfield pin, Ty Beeman won a 5-0 decision over Trevor Listen at 285 pounds to trim the deficit to 12-10, but the Wolverines did not win another bout.

Waverly was penalized a team point for an unsportsmanlike violation.

The Blue Raiders led 6-0 after receiving a forfeit at 172 pounds to start the match. but first-period falls by Tedesco and senior Andrew Kimble gave the Wolverines a 12-6 lead.