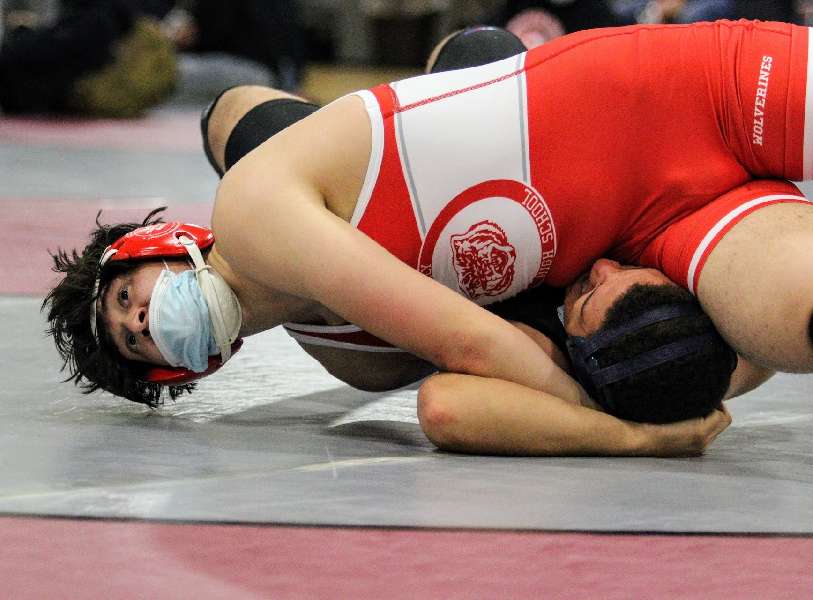 HORSEHEADS — After a pair of losses to start the evening, Waverly closed out the first night of the Mark Stephens Wrestling Classic with a shutout win over Campbell-Savona here Friday night.

Waverly opened the tournament with a 54-24 loss to Bolivar-Richburg, the dropped a 60-18 decision to Canisteo-Greenwood, which is ranked second in the state in Division 2.

The Wolverines earned their first win of 2021-22 in the nightcap, blanking Campbell-Savona, 59-0.

Waverly, which expects to fill its line-up for the majority of its matches, issued forfeits at 102, 110, and 172 pounds in all three of Friday's matches.

Tedesco pinned Trevor Mochol in 1:46 at 189 pounds, and moments later junior Ty Beeman decked Jacob Evingham in 1:13 at 215 pounds for Waverly's two wins on the mat.

Waverly 59, Campbell-Savona 0
Waverly won all five contested weight classes, and received six forfeits in a 59-0 win over Campbell-Savona in the final match of the night.

After McCarty decked Dominick Hand in 65 seconds at 118 pounds to give Waverly a 6-0 lead, freshman Jake Besecker recorded his first varsity win with a pin of Noah Brooks in 1:34 at 126 pounds to make it 12-0.