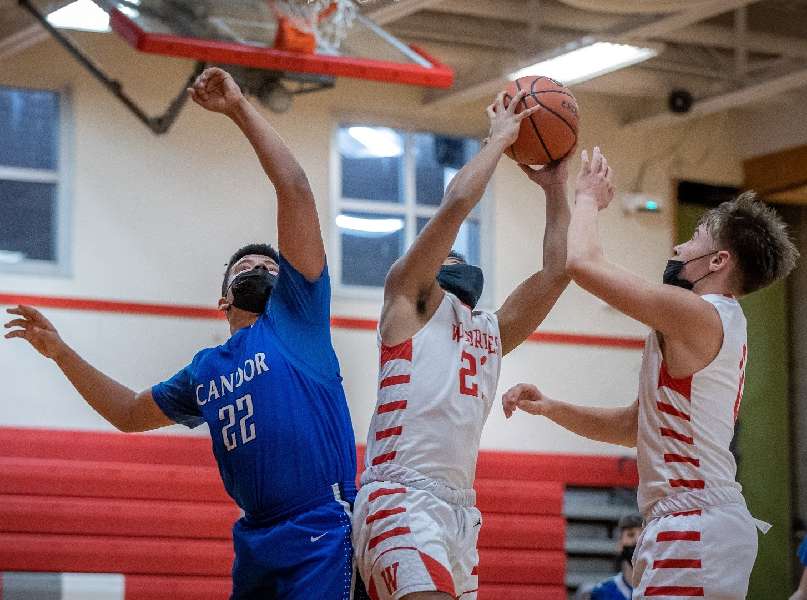 WAVERLY — Waverly beat Candor by 40 points Wednesday, but found themselves in a much tougher ball game Friday, pulling out a 55-51 win in IAC boys junior varsity action.

“We battled major foul trouble all game,” said Waverly coach Michael Croft. “Every time we had lead up to 10 or 12 points,  Candor would make a mini-run.

“And, we missed a bunch of foul shots to extend our lead,” added Croft.

Jay Pipher knocked down a pair of 3-pointers and scored 10 points in the first quarter to help the junior Wolverines to a 14-11 lead.

Isaiah Bretz scored seven points in the second quarter, and Pipher added six points, but Jaiden Heidl, who buried a trio of 3-poiners, and Zeb Soper, combined to score 20 points for the junior Indians, who rallied to tie the game 31-31 at the half.

Pipher scored nine more points in the third quarter, and Nehemiah Anthony added four points, including a 3-pointer to fuel a 15-8 run that gave the Wolverines a 46-39 heading into the final eight minutes.

Waverly’s lead could have been more, but it made just 4 of 9 free throws in the third quarter.

Bretz hit a big 3-pointer for the Wolverines in the fourth quarter, but Candor closed the gap to 53-51 in the final minute.

Waverly missed its first four free-throw attempts in the fourth quarter, but Carter George made a pair of “crucial” free throws with 12 seconds remaining to seal the win.

Waverly returns to action Tuesday when it hosts Newark Valley.