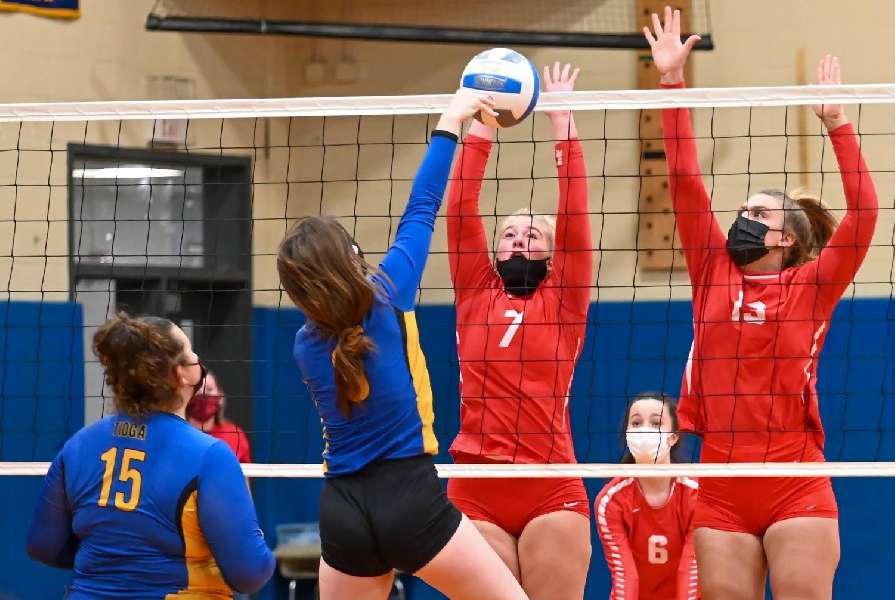 TIOGA CENTER — In their only match of the season, Tioga swept a 2-0 decision from Waverly in IAC junior varsity volleyball action here Friday evening.

Tioga returns to action Monday at Candor, while Waverly is in action Wednesday when it hosts Horseheads.