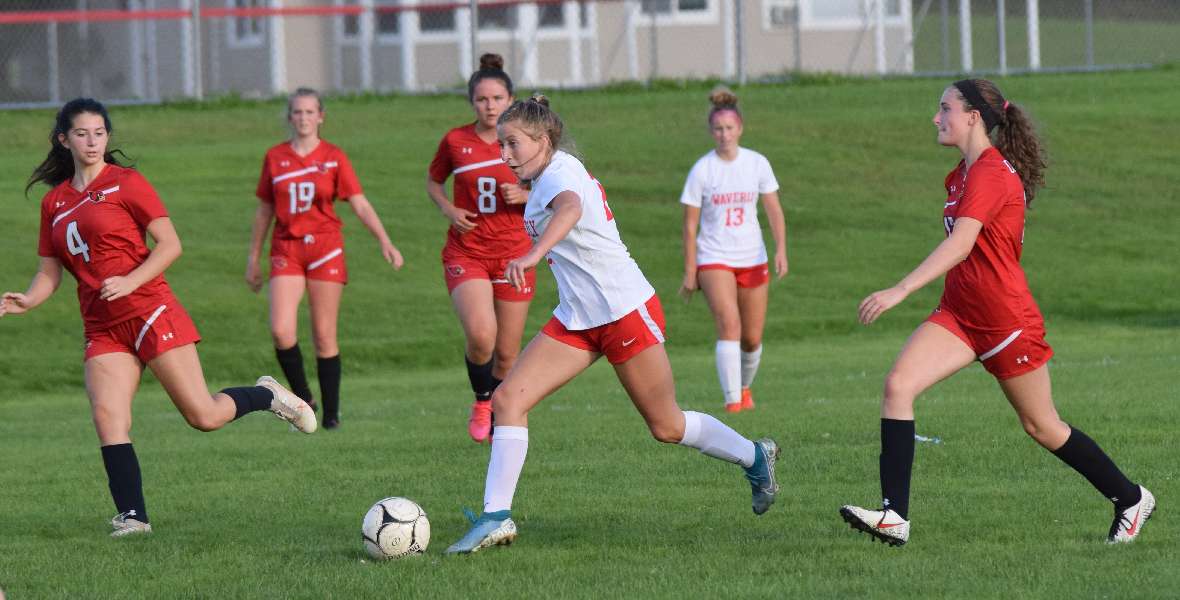 NEWARK VALLEY — Freshman Addison Westbrook and sophomore Lea VanAllen each scored one goal, and set up another goal to help Waverly to a 3-1 win over Newark Valley here Friday afternoon in a key IAC South Large School Division soccer match-up.

“It took us some time to get used to playing on grass,” said Waverly coach Tara Hogan. “We definitely needed to put more of an effort into putting the ball down at our feet and playing on the ground.

“We ended a week with three games on a high note, and with a good win,” added Hogan.

Senior Allison Campbell took a “great pass” from Addison Westbrook in the box, and knocked it past the keeper to give the Lady Wolverines a 1-0 lead midway through the first half.

With 1 minute remaining before the intermission, Addison Westbrook launched a shot from outside the 18 that slipped under the crossbar, and over the outstretched arms of the keeper to make it 2-0. VanAllen was credited with an assist.

With 25 minutes remaining in the game, Kennedy Westbrook was dragged down inside the box, and VanAllen drove home the resulting penalty kick to extend the lead to 3-0.

Isabella Shiel put the Lady Cardinals on the board about 5 minutes later to trim the deficit to 3-1, but that was all the offense they could muster.

Waverly had an 11-6 advantage in shots-on-goal, while Newark Valley had a 5-3 edge in corner kicks.

“I’m looking forward to seeing how we do after a few days rest, and being on our own turf,” said Hogan.