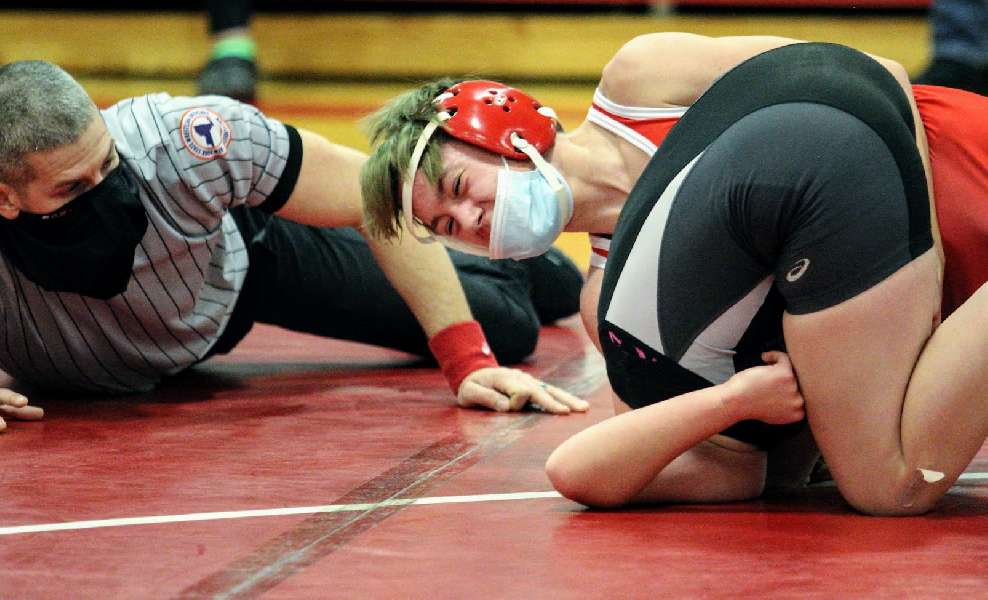 WAVERLY — Waverly picked up forfeits in the final three weight classes to rally for a 40-30 win over SVEC here Friday nigh in IAC wrestling action.

"We were down three starters — Nico Rae, Austin Ingham, and Gage Tedesco — so our remaining starters had to pull together," said Waverly coach Devan Witman, who watched the live stream of the match from home due to an illness.

"The two matches that stick out are Landon McCarty, who was down four, getting the fall against a tough Kaleb Smith," noted Witman.

"And, Jake Besecker getting the major over (Taya) Beach, who he had lost to over the weekend," added Witman.

The teams traded pin falls in the early going, and the two teams ended up splitting the eight weight classes contested on the mat.

Tyler Knickerbocker gave the Eagles a 6-0 lead with a first-period pin at 160 pounds, but Waverly junior Braeden Hills answered with a pin in 1:49 at 172 pounds to tie the match at 6-6.

At 285 pounds, Waverly junior Ty Beeman scored the initial takedown, but John Hammond countered and scored the fall at 3:39 to give SVEC an 18-12 lead.

SVEC's Shane Neal extended the Eagles' lead to 30-22 with a second-period fall at 132 pounds, but Waverly juniors Connor Stotler (138), and Mason Ham (145), and freshman Dustyn Gingerich (152) received forfeits to close out the match.

Waverly returns to action Wednesday at the Athens Duals.