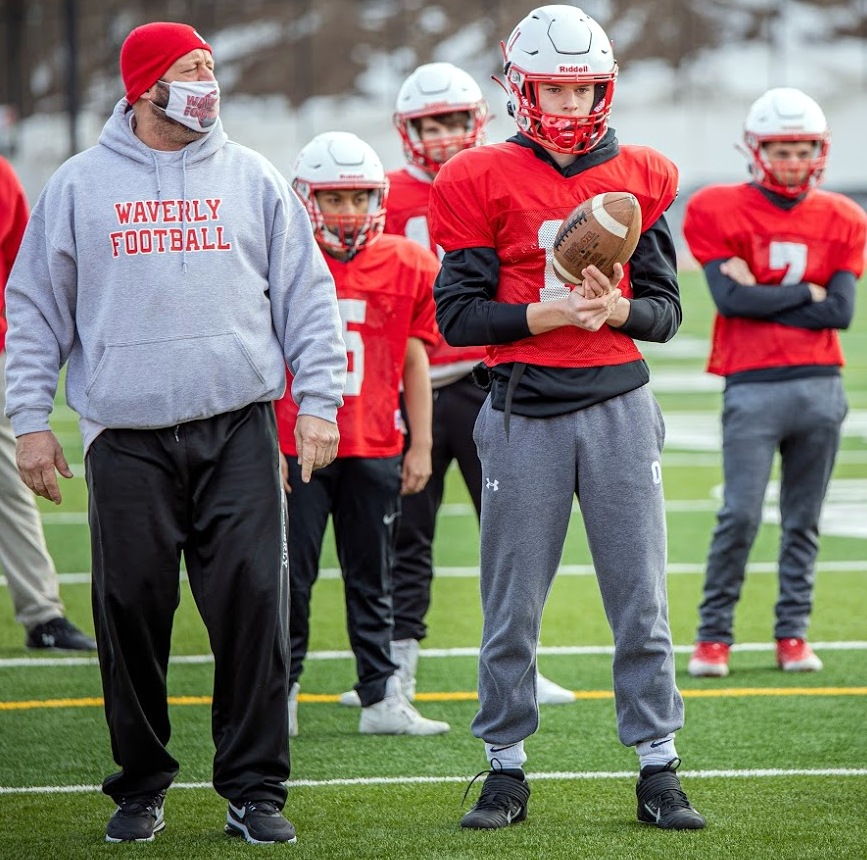 WAVERLY — Spring is in the air, and that means baseball and softball … except in New York, where in the wacky year of Covid — it’s time for some football.

And longtime Waverly coach Jason Miller is happy to be back on the field, but he concedes spring football is challenging, especially under the present circumstances.

“It’s different,” said Miller. “To me, there’s such an immense amount of pressure to prepare kids to play a football game in a such short period of time; that’s going to be the challenge.”

The Wolverines, without their wrestlers or basketball players, actually practiced outside last week in the bitter cold.

“We were outside every day last week, but we only had a fraction of our team, without the winter sport athletes,” said Miller. “It was cold … it was cold, but we made it through. We got some conditioning in, and saw some positive things.

“It’s a little better this week, we’re just getting into it,” Miller added.

Miller notes his numbers aren’t where he’d like them to be.

“We’re missing some kids … kids decided not to come out,” he said. We wish they were playing, but you’re either all in, or all out.

“We’re a little down in numbers,” noted Miller. “Our JV numbers are going to be a little low.

“Collectively, we’re OK. We’re somewhere around 45,” added Miller. “We’d like to see around 15 kids per class, and we don’t have that right now.”

Miller believes the pandemic is partially responsible for the dip in numbers.

“For a lot of people, Covid was a life-changing moment, and it’s not any different for 18-yard-old kids.

“We are in session five days a week, but we do have kids who are on virtual learning, and those kids are the ones we haven’t gotten back,” Miller said.