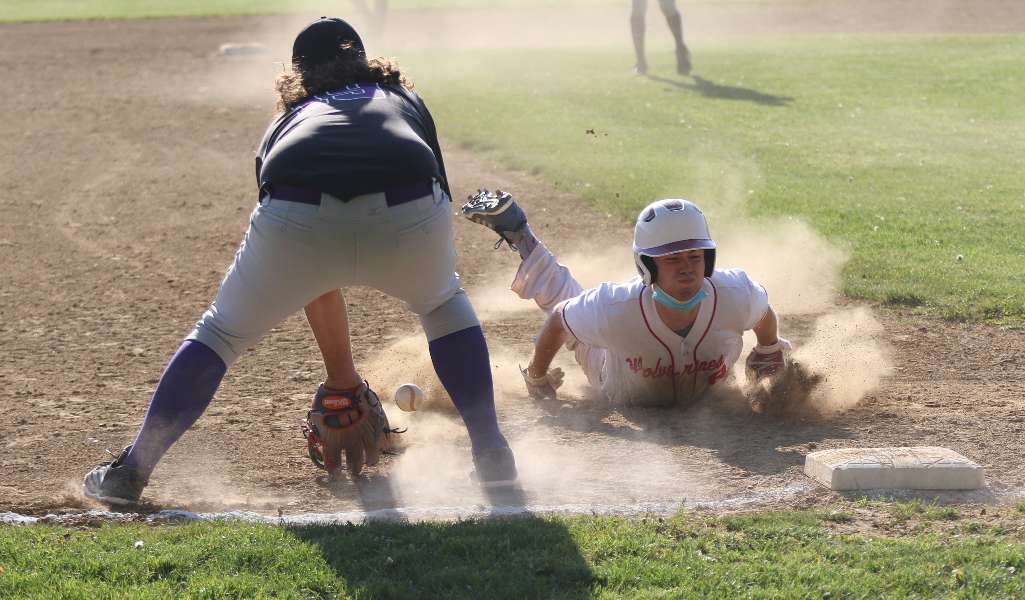 WAVERLY PULLS OUT 7-4 WIN OVER DRYDEN

WAVERLY — Sophomore Ty Beeman’s two-run single gave Waverly the lead for good in the bottom of the fifth inning of a 7-4 win over Dryden here Monday afternoon in IAC Division 3 baseball action.

Waverly led 3-1 through four innings, but the Purple Lions scored twice in the top of the fifth to tie the game at 3-3.

With one out, freshman Jay Pipher drew a four-pitch walk, and advanced to third base on a single by freshman Joey Tomasso. After Tomasso stole second base, junior Caden Hollywood walked to load the bases.

Beeman then knocked the first pitch he saw through the infield into right field to score a pair of runs to give the Wolverines a 5-3 lead, and the throw to third base skipped out of play, allowing Hollywood and Beeman to score to make it 7-3.

Hollywood retired Dryden in order in the sixth.

In the seventh, the Purple Lions scored one run on two Waverly errors, a walk, and a single to trim the deficit to 7-4, but Pipher, who started the inning in relief, struck out the next two batters to preserve the win.

The Wolverines scored twice in the home half of the first inning on an RBI single by Beeman and an RBI fielder’s choice off the bat of junior Brennan Traub.

Dryden cut the lead in half in the top of the third inning, but it could been a bigger rally.

Sam Dow walk to lead off the inning, and was immediately picked off first base. However, Dow managed to beat Waverly’s run-down attempt and was safe at second base.

Welk scored on a wild pitch later in the inning to make it 3-2.

Hollywood helped his own cause with an RBI single in the bottom of the third inning to give the Wolverines a 4-2 lead.

Hollywood returned the first two Dryden batters in the top of the fifth inning, but Welk kept the inning alive with a single. After a walk to Connor Boothroyd, the Purple Lions loaded the bases on a single by Mitchel Shipman.

Bradley Perry tied the game with a two-run singled to right field, and Ryan Wiser worked a walk to re-load. Hollywood then induced a come-backer to the mound for a force play at the plate to end the inning.

Hollywood earned the win, allowing three runs — all earned — on six hits in six innings of wrk. He struck out four and walked six.

Pipher allowed an unearned run on one hit in his one inning or work, while striking out two and walking one.