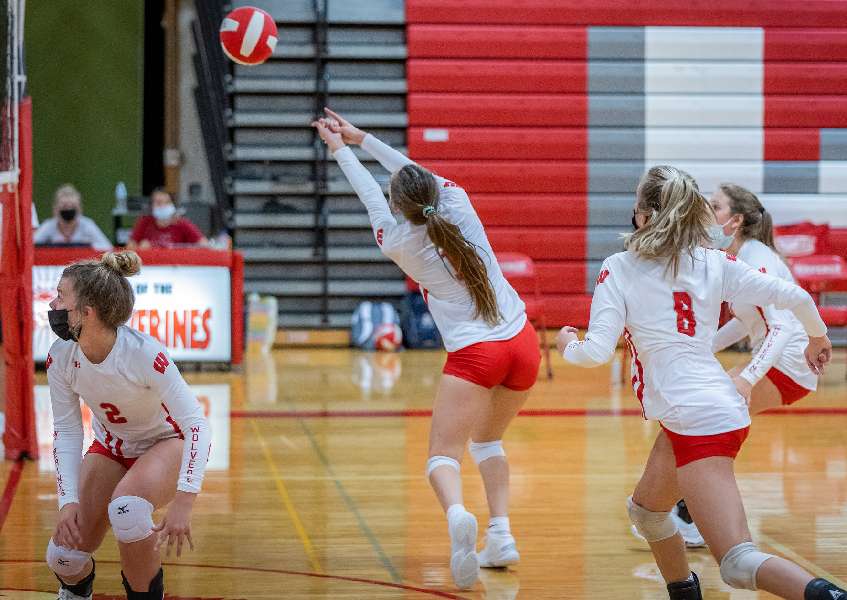 WAVERLY — Waverly rallied from a 2-0 deficit, pulling out a pair of two-point decisions in the final two sets, for a 3-2 win over S-VE here Tuesday.

"We started out well, but got beat at serve-receive when (S-VE’S) setter and exchange student Ajsa Zakova started serving,” said Waverly coach Charity Meyers. “For the rest of the first game and the second, we couldn’t get back mentally into the game.

“Before the third game started, we came together as a team and made a change with the attitude and worked hard for every point,” noted Meyers.

“I am beyond proud of how they played and the heart they put in the rest of the night to pull off the win,” she added. “I hope we can just keep building on the momentum of tonight.”