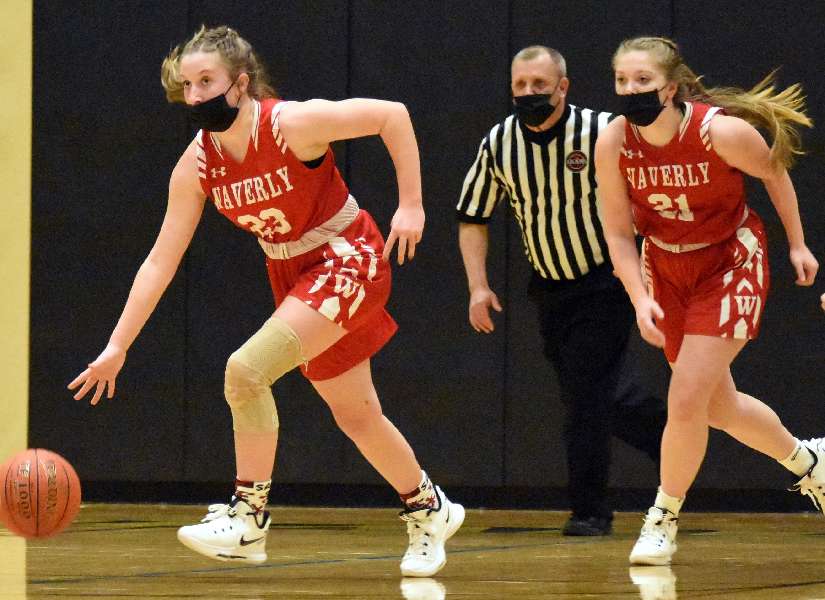 CORNING — Seniors Gabby Picco and Sidney Tomasso came up big for Waverly in the final two minutes to lift the Lady Wolverines to a 39-36 win over Corning here Monday night in non-league girls basketball action.

Corning jumped out to a 7-2 lead in the first three minutes of the game, but sophomore Kennedy Westbrook scored eight points, including a pair of 3-pointers, and8th-grader Addison Westbrook capped a 10-3 run that gave the Lady Wolverines a 12-10 lead after the first eight minutes.

Jayda Feller knocked down a 3-pointer for the Lady Hawks with 6:34 remaining in the first half to give them a 13-12 lead.

About 40 seconds later, Tomasso converted an old-fashioned three-point play for put Wavily back ahead 15-13, but those were the Lady Wolverines’ only points of the second quarter.

Corning’s Alexa Dobson scored with 4:05 remaining in the first half to tie the game at 15-15, and that was the score at the halftime intermission.

The teams traded points in the third quarter, and the game went into the fourth quarter tied at 26-26.

After a defensive stop, Tomasso knocked down a floater on the baseline with 10 seconds remaining to extend the lead to 39-36.

Picco sealed the win by blocking a potential game-tying 3-pointer by Corning at the buzzer.