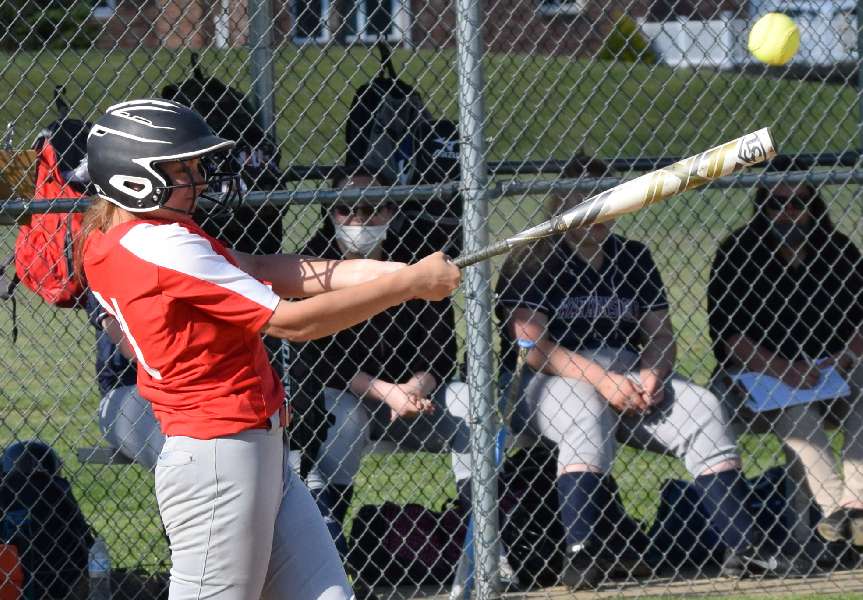 WAVERLY — Waverly erupted for 18 runs in the bottom of the first inning en route to a 22-3 five-inning win over Watkins Glen here Monday afternoon in IAC Large School softball action.

The Lady Senecas scored two runs in the top of the first, but the Lady Wolverines sent 23 batters to the plate in home half in a rally that featured eight hits, six base on balls, four hit batters, and three Watkins Glen errors.

Freshman Olivia Robinson drove in the first run of the rally with an RBI double to score senior Sidney Tomasso, who led off the inning with a triple.

She added an RBI single in her second at-bat of the inning, and was also hit a pitch with the bases loaded to drive in a run later in the rally. Robinson was hit by a pitch in three consecutive at-bats Saturday.

Sophomore Alyvia Daddona and Tomasso added RBI singles in the second inning to make it 20-2.

Junior Lourden Benjamin drove in a run with a groundout in the fourth inning, and senior Hali Jenner capped the Waverly scoring with an RBI single to make it 22-2.

Tomasso earned the win for the Lady Wolverines, allowing three runs — two earned — on three hits, while striking out five and walking none.