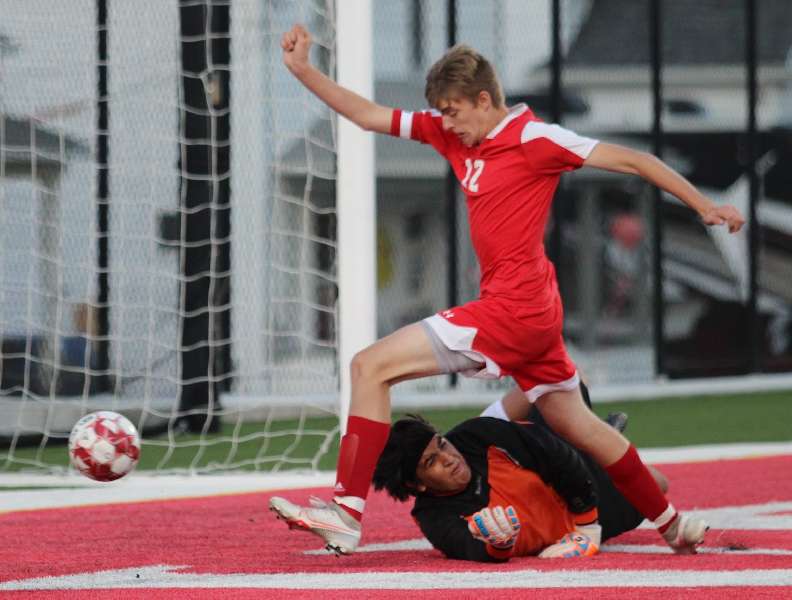 WAVERLY — Waverly struggled to find the net in the first half, but had no such troubles in the second half on its way to a season-opening, 7-0, win over Watkins Glen here Wednesday night in IAC boys soccer action at Memorial Stadium.

Junior Sheldon Huddleston put the Wolverines on the board late in the first half, and they went to the halftime intermission ahead, 1-0.

“I’m really pleased with our performance tonight,” said Waverly coach Eric Ryck. “Everybody stepped up to the occasion and the boys played very well together.

“We were putting a ton of pressure on the Senecas in the first half, but we were struggling to find the back of the net until Sheldon Huddleston got us on the board with a beautiful shot,” added Ryck.

Senior Brennan Traub netted a hat trick in the second half in a six-goal barrage.

“We really hit our stride in the second half,” said Ryck.

Sophomore Griff Schillmoeller added two goals in the win, and sophomore Charlie Larrabee netted one goal and had one assist.

“Charlie Larrabee hit a beautiful left-footed shot that found the back of the net,” said Ryck.

Waverly had a 20-2 advantage in shots-on-goal, and held the Senecas without a shot in the second half. Waverly had a 5-0 edge in corner kicks.

“This was a great confidence boost for our squad as we get rolling into what I hope is a great season,” said Ryck.

Waverly returns to action Tuesday when it hosts SVEC at 7 p.m.