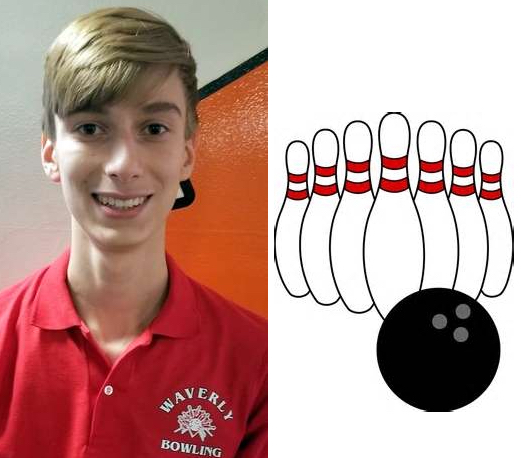 WAVERLY — Senior Matt Mauersberg had one of three 600 series to lead Waverly in a sweep of Newark Valley Friday in an IAC South “virtual” boys bowling action.

Freshman Thomas Morley shot a 539, including a 207, for Waverly, while sophomore Landyn Gunderson had a 479, and 7th-grader Derek Johnson tacked on a 432.

Junior Cody Blackwell and freshman Trenton Sindoni bowled 490 series in reserve for the Wolverines, and 7th-grader Tristan Campbell had a 484.

John Umiker led Newark Valley with a 583 series, while Vincent Peck rolled a 556, and John Fiacco added a 552.