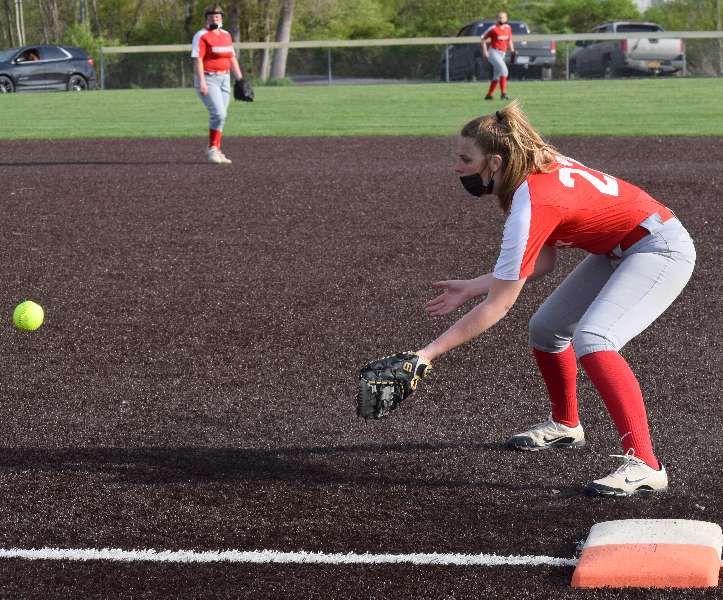 The Lady Wolverines scored eight runs in the top of the first inning, then poured 13 runs across the plate in the second inning.

Jenner earned the win, allowing one hit over four innings, while striking out eight and walking none.

Robinson pitched an inning of scoreless relief, striking out two and walking none.