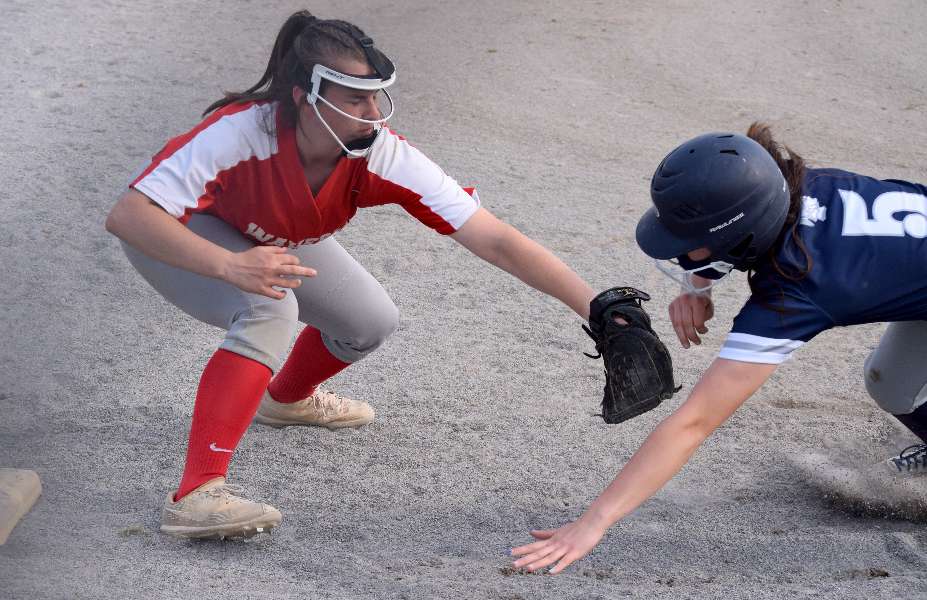 HERKIMER, N.Y. — Waverly dropped a 5-1 decision to a powerful Marcellus squad Saturday in the opening game of the James “Ace” Morabito Memorial Tournament here at the Mudville Softball Complex, then bounced back with a 16-2 win over Homer in the nightcap.

First Game
Marcellus 5, Waverly 1
Brooklyn Finarty scattered eight hits to lead Marcellus to a 5-1 win over Waverly in the first game of the afternoon.

The Lady Mustangs, hailing from Section III, struck for three runs in the bottom of the first, and never trailed..

Waverly scored its lone run of the game in the top of the fourth on a lead-off double by sophomore Michaela Lauper, and one-out RBI single by junior Bella Romano, but Marcellus answered with five straight hits and two runs in the bottom of the frame.

Freshman Olivia Robinson and senior Hali Jenner each had two hits to pace Waverly at the plate, while Lauper doubled and scored one run, Romano singled and drove in one run, and senior Alyssa Sindoni and junior Aubrey Ennis each added a single.

Senior Hali Jenner was tagged with the loss, allowing five runs on 12 hits, while striking out two and walking none in six innings.

Finarty struck out five and walked none in seven innings.

Ennis drove in a run with a groundout in the bottom of the first inning, and Sindoni added an RBI single to give the Lady Wolverines a 2-0 lead.

Homer, also hailing from Section III, trimmed the deficit to 2-1 with a run in the top of the second, but Waverly pushed five runs across the plate — all with two outs — take a 7-1 lead.

Ennis started the scoring with an RBI double, and Sindoni followed with a two-run double to make it 6-1. After a single by senior Hali Jenner, junior Bella Romano capped the rally with an RBI single.

Waverly kept it rolling in the bottom of the third inning. Senior Sidney Tomasso and Ennis each belted RBI doubles to make it 9-1, and Jenner added an RBI single to extend the lead to 10-1.

After singles by Romano and freshman Peyton Shaw loaded the bases, sophomore Alyvia Daddona stroked a two-run single to cap the rally.

The Lady Wolverines finished off the scoring in the fourth inning on a two-run single by Sindoni, and RBI double by Romano, and an RBI single by Shaw.