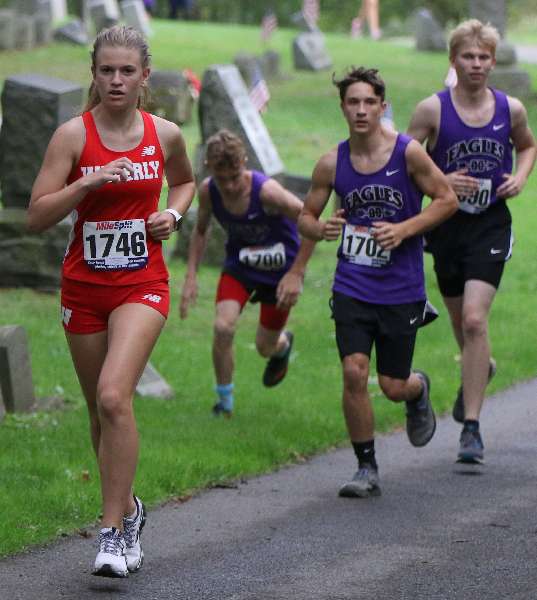 SVEC had 15 placement points, while Tioga tallied 40 points to earn three wins, and Waverly, which only has four runners, Marathon, and Whitney Point fielded incomplete teams.

Freshman Harper Minaker won the race, navigating the 3-mile course in 21:49.7, while sophomore Elizabeth Vaughn was second in 23:55.8, and senior Olivia Nittinger was third in 24:58.1. Sophomore Allison Barrett finished 11 for the Lady Wolverines in 29:04.9.