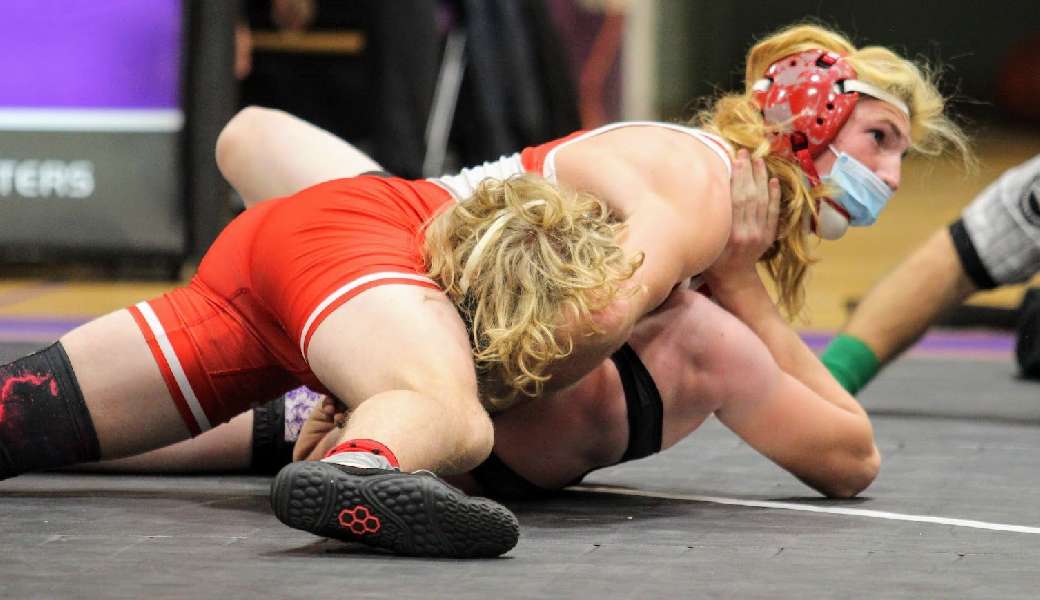 Dryden's Connor Casterline, whose father is a Waverly grad, gave the Purple Lions an early 6-0 lead with a pin of freshman Jake Besecker, but the Wolverines won the next three bouts — two by fall.

Senior Austin Ingham tied the  match at 132 pounds, with a pin of Sam Lamorte in 68 seconds, then junior Connor Stotler decked Dean Belden in 1:37 at 138 pounds to give the Wolverines the lead for good, at 12-6.

Junior Braeden Hills decked Hunter Covington in 1:38 at 172 pounds, and junior Ty Beeman pinned Joe King in 1:28 at 215, sandwiched around a forfeit to junior Gage Tedesco at 189 to give Waverly a 36-12 lead.

Senior Andrew Kimble closed out Waverly's four-match win streak at 285 pounds with a pin of Kaydin Hinckley in 2:58.

After Dryden picked up a win at 110 pounds, Waverly senior Landon McCarty closed the match with a pin of Oscar Brotherton in 1:42 at 118 pounds.

Waverly, now 2-5, returns to action Wednesday when it hosts SVEC.