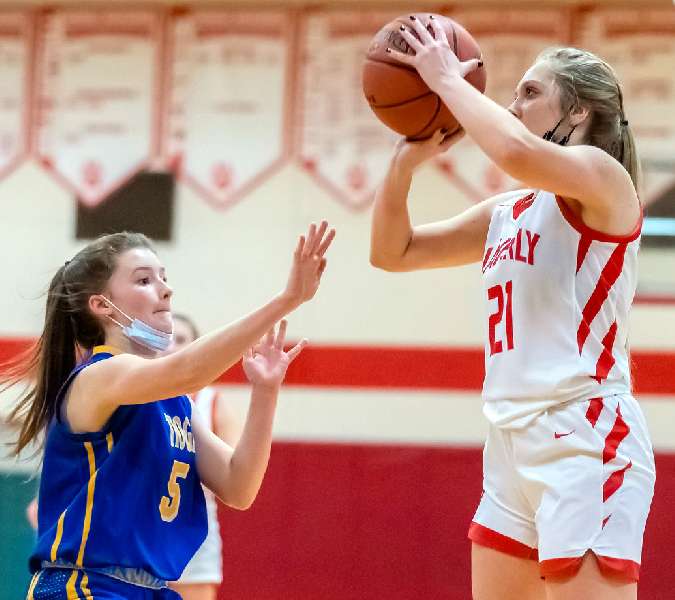 WAVERLY — Waverly dominated on both ends of the floor en route to a 56-21 win over Tioga here Tuesday night in IAC South girls basketball action.

Freshman Addison Westbrook scored a pair of buckets early as Waverly got off to a bit of a slow start offensively, but the Lady Wolverine defense blanked Tioga, and led 8-0 after the first eight minutes.

Nittinger, who missed all of last year with a foot injury, drained a trio of 3-pointers in the third quarter, and Shaw scored six points to key a 23-5 blitz that gave Waverly a 49-8 lead entering the final eight minutes.