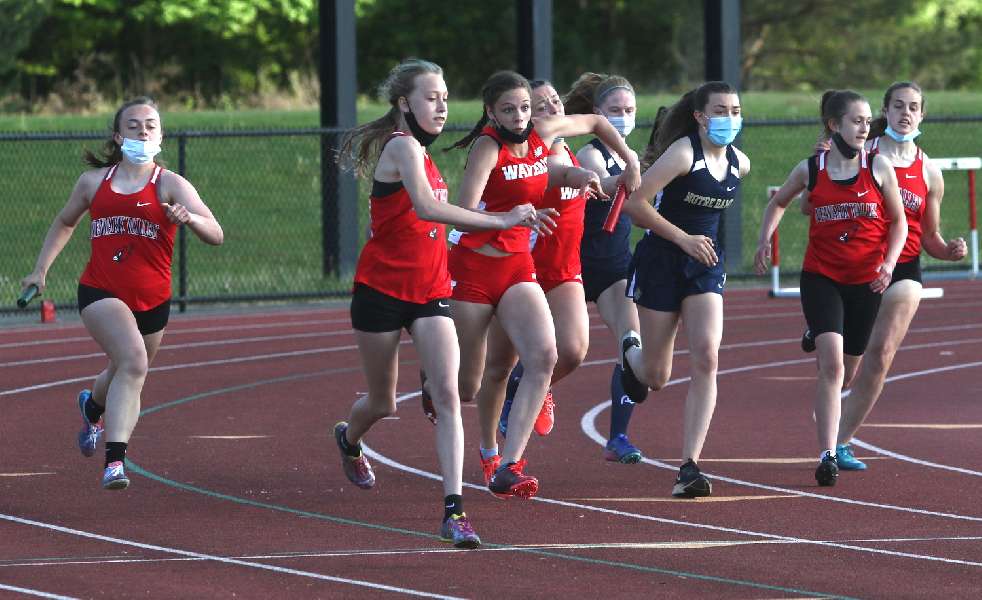 Picco, Knolles, and Kennedy Westbrook teamed with sophomore Natalie Garrity to win the 400-meter relay in a time of 54.9 seconds.

NIttinger won the pole vault at 7-feet, 6-inches, and 8th-grader Paige Robinson was third at 6-feet.

Kennedy Westbrook finished second in the 100-meter dash in 14.0 seconds, while Addison Westbrook was third in 14.5 seconds, Garrity was fourth at 14.7 seconds, Knolles was fifth at 14.8, and Robinson was sixth at 14.9 seconds.

Kennedy Westbrook also finished second in the 200-meter dash in 29.4 seconds, while Knolles was third in 30.3 seconds, and Robinson was fourth in 31.2.