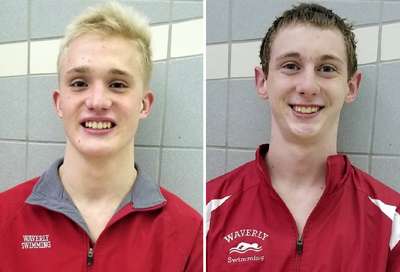 The Wolverines finished a distant third in the tri-meet with 342 points. Corning amassed 586 points, edging out Maine-Endwell, which tallied 567.

Seniors Dillon Madigan and Max Pan, sophomore Sheldon Huddleston, and freshman Liam Wright teamed to finish second in the 200-yard freestyle relay in a time of 1:52.23.

Waverly returns to action Tuesday against Dryden in a “virtual” meet.