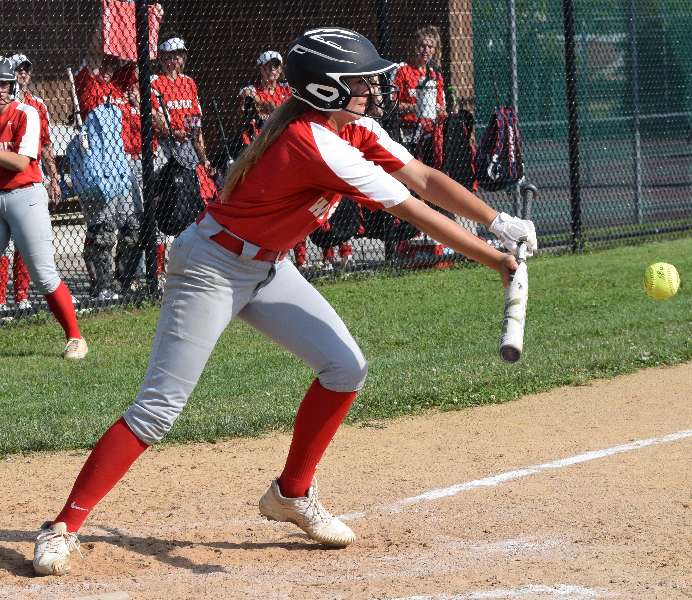 WINDSOR — Second-seeded Windsor scored one run in the bottom of the first inning, and that was all it needed, although the Lady Knights added three runs late in the game for a 4-0 win over Waverly here Monday afternoon in the quarterfinals of the Section IV, Class B playoffs.

Windsor senior Kalista Holt spun a two-hitter, striking out 12 and walking just one in a complete-game, seven-inning performance to earn the win.

Senior Alyssa Sindoni was the only Lady Wolverine to reach base in the first five innings. She reached on a lead-off walk in the second inning, but Holt retired the next three batters.

After giving up the first-inning run, Waverly senior Hali Jenner kept pace until the sixth inning.

In the top of the sixth inning, sophomore Michaela Lauper broke up the no-hitter with a line-drive, one-out double to center field.

Moments later, Sidney Tomasso reached on a dropped third strike that allowed Lauper to advance to third base. However, Holt registered her third strikeout of the inning, and induced a flyball to escape the jam unscathed.

Windsor added three insurance runs in the home half of the sixth to take a 4-0 advantage.

Junior Bella Romano ripped a two-out double in the seventh for Waverly’s second hit of the game.

Jenner was tagged with the loss, allowing four runs — all earned — one eight hits in six innings of work. She struck out three and walked none.

Waverly finishes the season at 8-11.