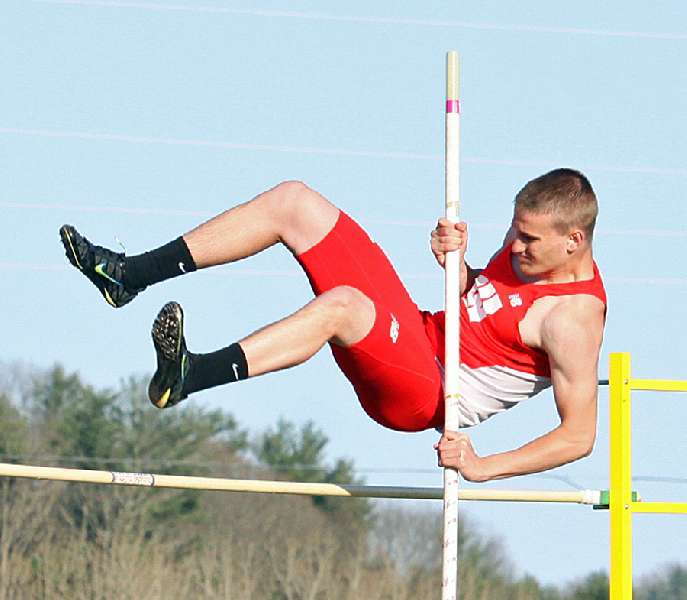 BOYS
Joining Chandler and Bechy as multiple place-finishers were senior Liam Traub and juniors Jerrell Sackett and Treyton Moore, who each placed in two events.

Chandler and Bechy teamed with Traub and Moore to finished second in the 400-meter relay in a time of 46.35 seconds.

Chandler, Moore, and Traub teamed with senior Sam VanDyke to finish fifth in the 1,600-meter relay in a time of 3:44.2.

Nittinger finished sixth in the pole vault, clearing the bar at 8-feet.