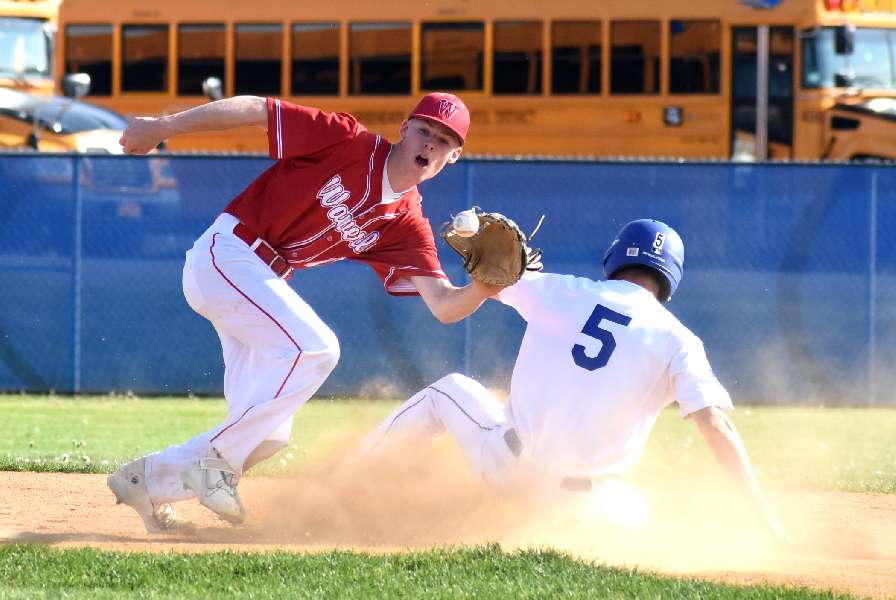 HORSEHEADS — Waverly erased an early five-run deficit, then let leads in the seventh and eighth innings slip through their fingers in a 10-9 nine-inning loss to Horseheads here Thursday afternoon in non-league baseball action.

Horseheads led 3-0 after the first inning, and 6-1 after three innings, but the Wolverines scored five times in the top of the fifth inning in a rally highlighted by an RBI double by junior Bryce Bailey and a two-run single by sophomore Jay Pipher.

Senior Caden Hollywood’s RBI single in the top of the seventh gave Waverly a 7-6 lead, but the Blue Raiders pushed a run across the plate in the home half of the frame to force extra inning.

Pipher belted a two-run double in the top of the eight to give the Wolverines a 9-7 lead, but Horseheads countered with two runs to send the game into the ninth inning.

Waverly was retired in order in the ninth, then Horseheads ended the game with a lead-off single by Cook, and an RBI double by Riley Loomis.