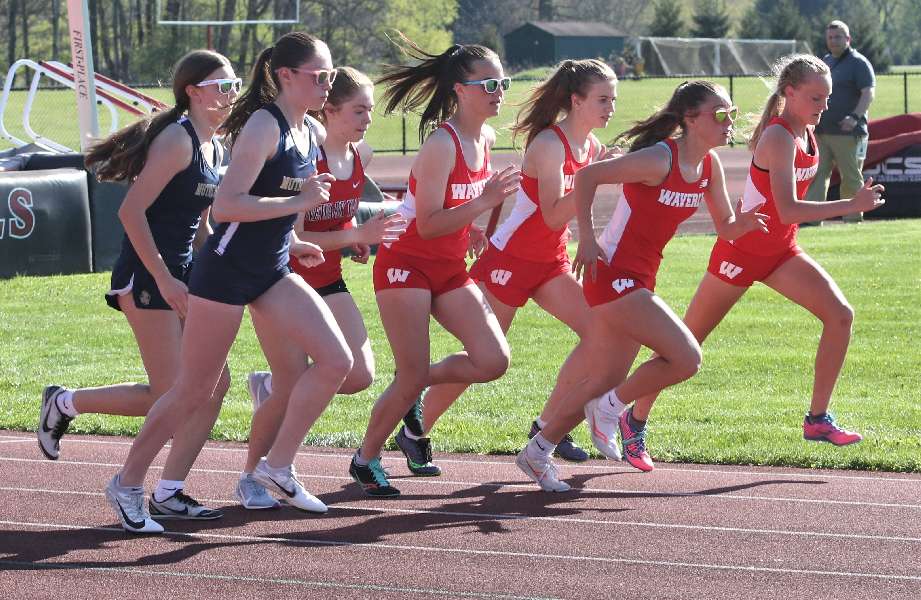 The meet was also scored separately as the Waverly-Newark Valley meet, which the Lady Wolverines won, 95-29, to clinch the divisional dual meet title.

Kennedy Westbrook won the 200-meter dash in 28.1 seconds, while sophomore Allison Barrett was second in 28.3 seconds, junior Abigail Knolles was third in 28.4 seconds, sophomore Paige Robinson was fifth in 28.7 seconds, and freshman Kiley Stillman was sixth in 29.2 seconds.

Nittinger won the pole vault, clearing the bar at 8-feet, while Robinson was second at 7-feet, and freshman Addison Westbrook was third at 7-feet.

Kennedy Westbrook and Nittinger teamed with Knolles and Addison Westbrook teamed to win the 400-meter relay in a time of 53.3 seconds.

The foursome of 7th-grader Lauren Gorsline, sophomore Elizabeth Vaughn, and freshmen Haylie Davenport and Harper Minaker to win the 3,200-meter relay in a time of 11:26.3.

Sophomore Mackenzie LaForest won the shot put with a heave of 26-feet, 8-inches. She placed second in the discus with a toss of 70-feet, 9-inches.

Senior Sydney Nierstedt and 8th-grader Mira Kittle tied for second in the 100-meter hurdles in a time of 17.6 seconds, and sophomore Erica Ryck was fourth in 19.2 seconds.

Nierstedt finished third, and Stillman was fourth in the high jump — both clearing the bar at 4-feet, 2-inches. Nierstedt was also third in the long jump at 13-feet, 11-inches, and Davenport was sixth at 12-feet, 6 1/4-inches.

Sophomore Allison Barrett finished second in the 100-meter dash, while Stillman was fifth in 14.0 seconds, and freshman Kendal Shaffer was sixth in 14.4 seconds.