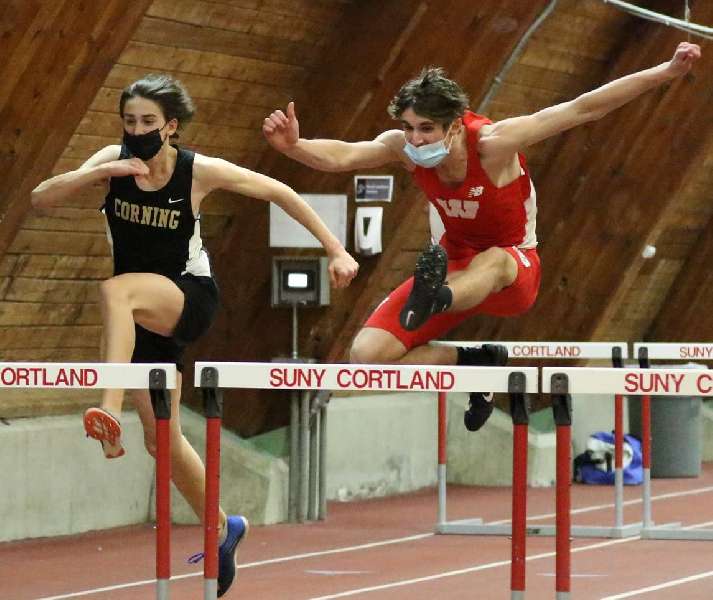 YOUTH LEADS THE WAY FOR WAVERLY AT STATE QUALIFIER

The Lady Wolverines finished fourth in the Division 2 19-team standings, while the Waverly boys placed eighth out of 16 teams.

Minaker, Gorsline, junior Kelsey Ward, and freshman Kendal Shaffer finished second in the 1,600-meter relay in a time of 4:52.64.

Garrity finished sixth in the long jump with a leap of 14-feet, 5 3/4-inches.

Freshman Teigan Allen finished 14th in the shot put with a heave of 17-feet, 9 1/2-inches.

BOYS
Chandler finished second in the 55-meter hurdles in a time of 9.31 seconds. Chandler was also second in the 300-meter dash in 38.47 seconds, and junior John Price was eighth in 42.37 seconds.

Chandler teamed with Price, senior Sam VanDyke, and freshman Ethan Gorsline to finished third in the 800-meter relay in a time of 1:45.81.

VanDyke, Gorsline, freshman Hayden Howe, and senior Gavin Schillmoeller teamed to finish third in the 1,600-meter relay in a time of 4:22.92.

Senior Hunter Elston finished 11th in the shot put with a heave of 31-feet, 2-inches.