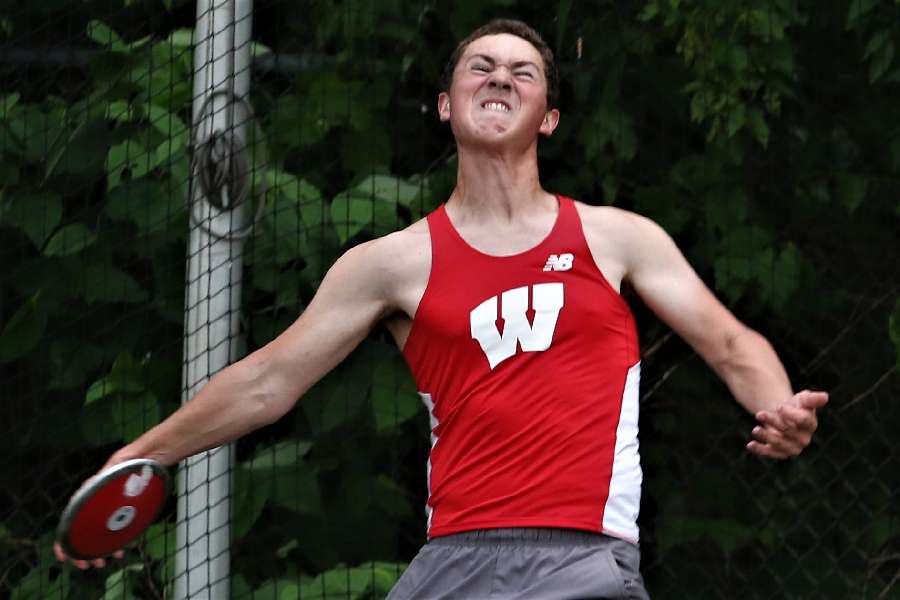 BOYS
Dryden won the team title with 101 points, while runner-up Oneonta tallied 94.25 points, third-place Chenango Valley had 80 points, and fourth-place Trumansburg had 56.25 points. Lansing was fifth with 54 points, and Waverly had 54 points.

The foursome of Bechy, Chandler, junior Jerrell Sackett, and senior Sam VanDyke won the 400-meter relay in a time of 43.83 seconds. It’s the third-fastest time in school history and just off the school-record time of 43.72 seconds set by Nick Puusalu, Jeff Mastrantuono, Ryan McFarland, and Sean Swartwood in 2012.

The time also meets the state standard. If the relay finishes first or second at next week’s state qualifier, it will advance to States.

The foursome of Chandler, VanDyke, senior Kaden Wheeler and junior Treyton Moore finished second in the 1,600-meter relay in a time of 3:36.13.

VanDyke was fifth in the 400-meter run in a time of 53.26 seconds, and senior Derek Bartlett finished fifth in the pole vault at 10-feet, 7-inches.

Senior Cameron McIsaac finished fifth in the shot put with a heave of 39-feet, 1 1/2-inches, and sophomore Jake Benjamin was 11th at 33-feet, 11-inches.

GIRLS
Freshman Harper Minaker logged the Lady Wolverines’ only individual win, while the 400-meter relay team continued its success with Waverly’s only other first-place finish.

Oneonta won the team title with 76 points, edging out runner-up Notre Dame by two points. Sidney was third with 68 points, while Waverly tallied 58 points, and fifth-place Chenango Forks had 52.5 points.

The foursome of juniors Abbey Knolles, Natalie Garrity, Kennedy Westbrook, and senior Olivia Nittinger won the 400-meter relay in a time of 51.45 seconds.

Seventh-grader Lauren Gorsline finished second in the 1,500-meter run in a time of 5:16.8.

The foursome of Knolles, Nittinger, Kennedy Westbrook, and freshman Addison Westbrook finished second in the 1,600-meter relay in a time of 4:18.75

Kennedy Westbrook finished third in the 200-meter dash in a time of 27.23 seconds, while sophomore Allison Barrett was eighth in 28.2 seconds, and sophomore Paige Robinson was 13th in 29.43 seconds.

The foursome of Gorsline, 8th-grader Maddy Olmsted, sophomore Elizabeth Vaughn, and freshman Haylie Davenport teamed to finish fourth in the 3,200-meter relay in a time of 10:50.53

Sophomore Mackenzie LaForest was eighth in the shot put with a heave of 27-feet, 5-inches. She was 14th in the discus at 66-feet, 7-inches.

Waverly will return to action Wednesday and Thursday of next week at the Section IV State Qualifier at Union-Endicott High School.