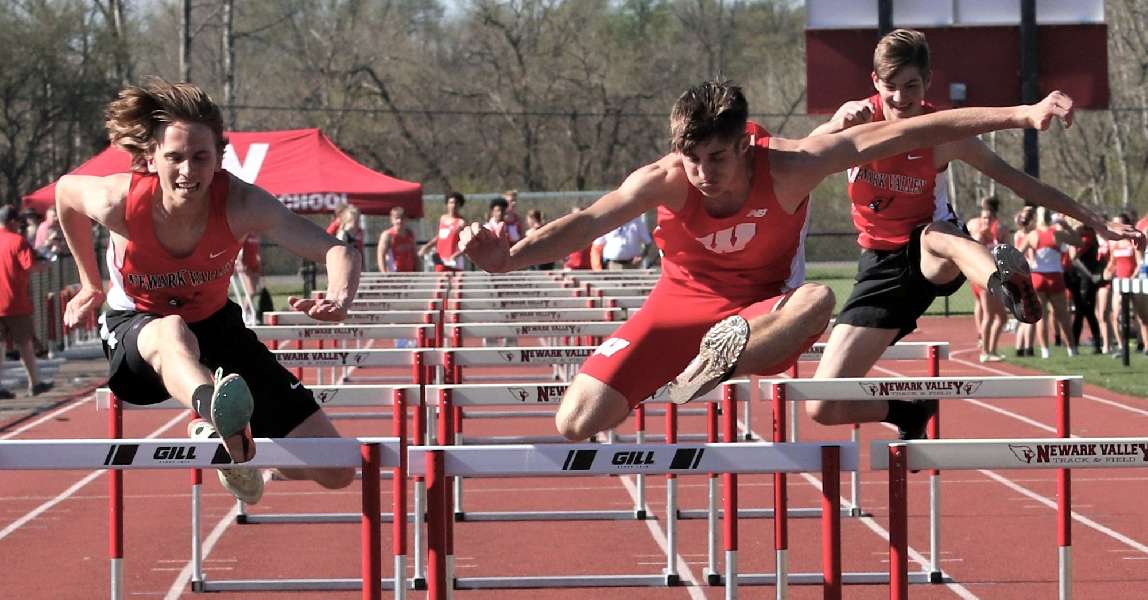 The meet was also scored separately as the Waverly-Newark Valley meet, which was postponed by cold weather earlier this season. Newark Valley won the meet, 80-61, to clinch the division title.

Bechy won the 100-meter dash in a time of 11.2 seconds, while junior Jerrell Sackett was second in 11.5 seconds, and Alex Emanuel was width in 12.2 seconds.

Bechy also won the 200-meter dash in a time of 23.7 seconds, while junior Treyton Moore was third in 24.5 seconds, VanDyke was fourth in 24.9 seconds, and senior Andrew Kimble was sixth in 25.4 seconds.

Bechy, Chandler and VanDyke teamed with Sackett to win the 400-meter relay in a time of 45.2 seconds.

Chandler and VanDyke teamed with senior Kaden Wheeler, and Moore to win the 1,600-meter relay in a time of 3:46.5.

Junior Ryan Clark won the discus with a toss of 107-feet, 9-inches, while sophomore Jake Benjamin was third at 98-feet, and 8th-grader Troy Beeman was fifth at 82 feet. Clark was second in the pole vault at 10-feet, 6-inches.

Sackett finished third in the high jump at 5-feet, 8-inches, and senior Liam Traub was fourth at 5-feet, 4-inches.

Freshman Payton Fravel placed fourth in the triple jump with an effort of 30-feet, 8-inches. He finished sixth in the long jump with a mark of 16-feet, 3 3/4-inches.