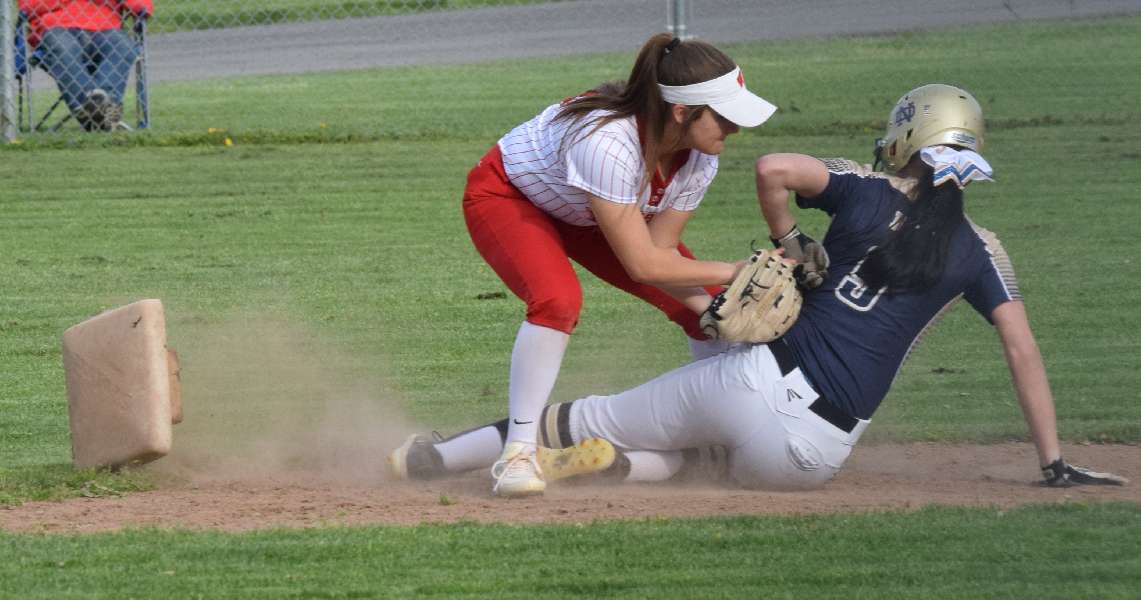 SOUTHPORT — Notre Dame scored six runs in the home half of the third inning, and cruised to a 10-2 win over Waverly here Thursday afternoon in IAC South Large School Division softball action.

The Lady Wolverines took a 1-0 lead in the top of the second on an RBI single by sophomore Olivia Robinson.

The Lady Crusaders took a 2-1 lead in the third on RBI singles by Ava Mustico and Payton Miller, and Lawson Bigelow put the finishing touches on the rally with a grand slam off the school in left-center field.

Notre Dame added four more runs in the fifth inning to stretch its lead to 10-2.

Waverly turned a pair of Crusader errors into a run in the sixth inning to provide the final margin.

Olivia Switzer earned the win for Notre Dame, allowing two unearned runs on three hits, while striking out eight and walking one.