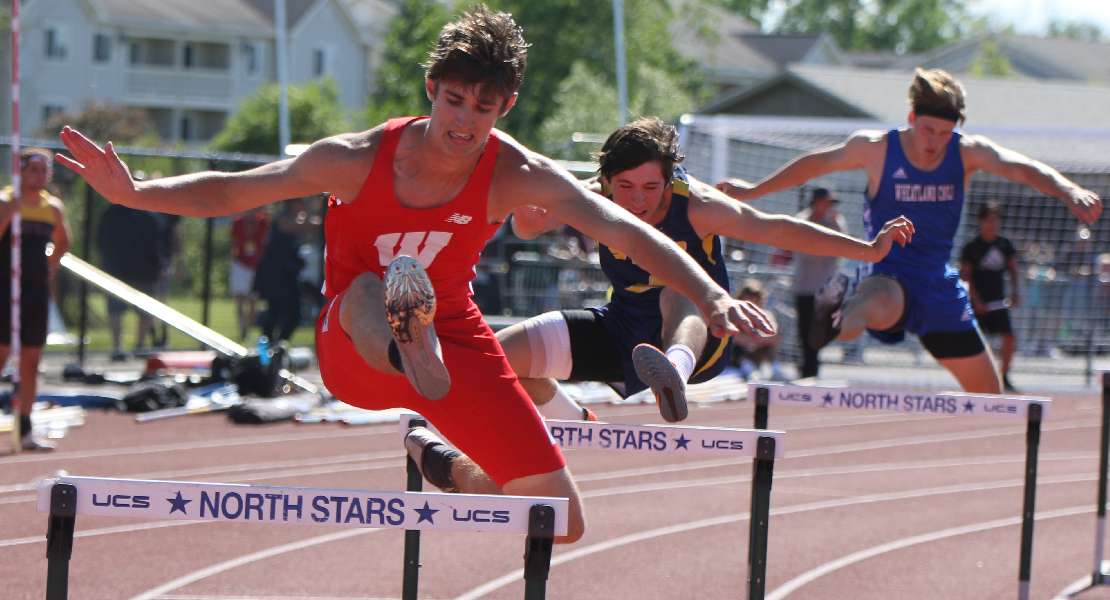 CICERO — Waverly sophomore Micah Chandler took a beating in the 400-meter hurdle finals, but ended up on podium with a fifth-place finish — the Wolverines’ only medal of the day — here Friday at the New York State Division 2 Track & Field Championships.

Chandler clipped a pair of hurdles, and ended up bruised and bloodied on his way to a fifth-place medal in a time of 58.74 seconds. (He was seeded eighth at 58.21 seconds.)

“I’m just happy to be here, even if I finished last I wouldn’t be embarrassed … I’m running against the best of the best,” said Chandler.

“I probably wouldn’t smack that hurdle if I had it to do over again, but other than that I’m happy.

“This was a great experience,” added Chandler.

“It was a really good performance.

“Come to find out, during the race he clipped his hamstring on one hurdle and further down that back straightaway, he his knee pretty hard,” said Hogan. “He cut the knee up, and it was bruised pretty badly.

“We saw him kind of slow up at the end of the race, where he normally pushes to get that forward lean in his run, and digs it out,” noted Hogan. “He didn’t do that, so that was my first title cue that maybe something was up.

“Still, fifth overall in the state as a sophomore in the biggest meet we’re going to travel to, I think that’s very impressive,” added Hogan. “We’re very proud of him.”