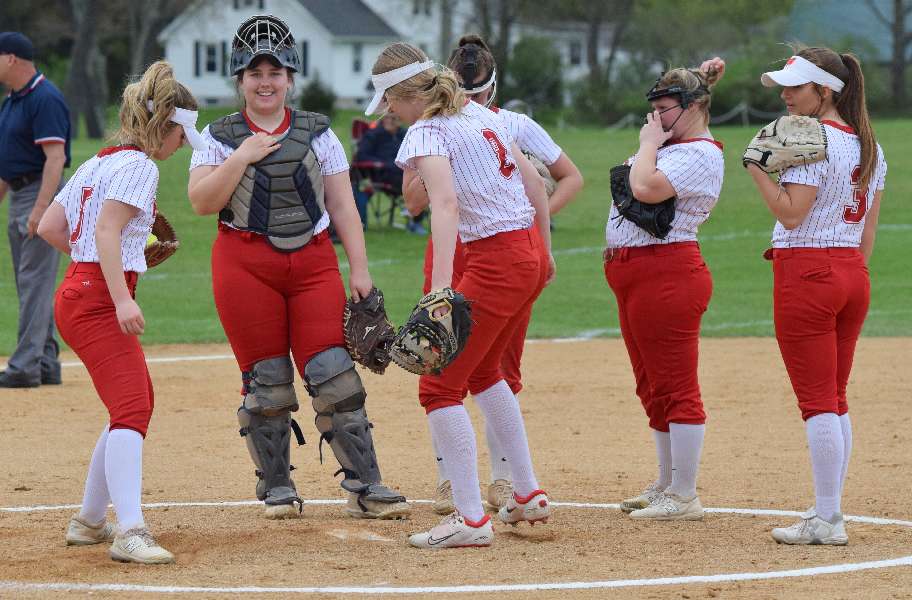 The Lady Wolverines had opportunities in the contest, but left nine runners on base.

Waverly scored the first run of the game in the home half of the first. Sophomore Peyton Shaw worked a one-out walk, and moved to second on a line-drive single by senior Bella Romano

With two outs, sophomore Olivia Robinson was hit by a pitch to load the bases. Two pitches later, Shaw scooted home on a passed ball to make it 1-0.

The Lady Crusaders rapped out four singles, and took advantage of two Waverly errors in a five-run fourth-inning rally that extended the lead to 10-1.

The teams traded runs, then Waverly junior Michaela Lauper provided the final making with an RBI single in the sixth inning.

Senior Aubrey Ennis had two hits, Lauper singled and drove in one run, and senior Bella Romano added a single to account for Waverly’s four hits, while Shaw, junior Alyvia Daddona, and senior Lourden Benjamin each scored one run.

Olivia Switzer earned the win for Notre Dame, allowing three runs — all unearned — on four hits, while striking out seven and walking three in seven innings of work.