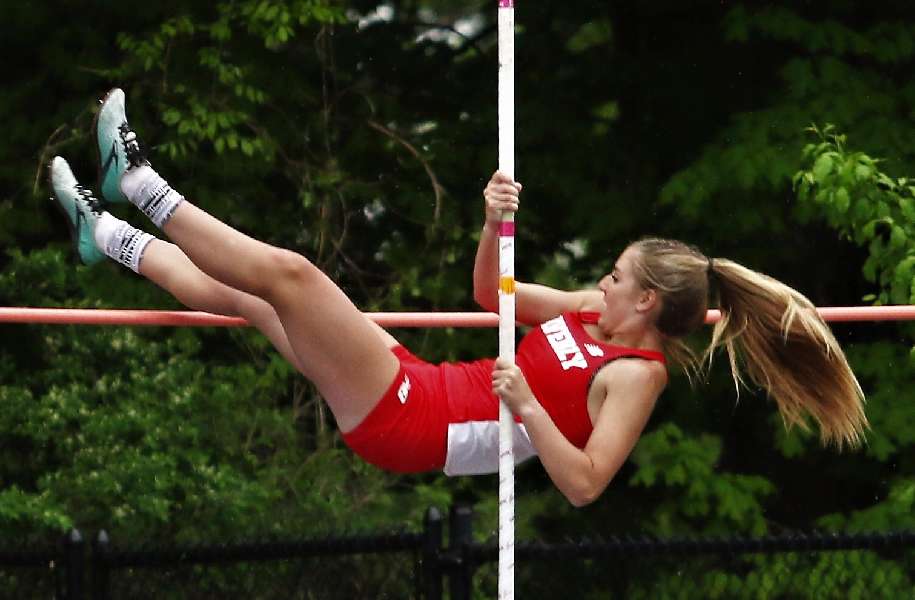 LADY WOLVERINES IN SECOND, BOYS IN FIFTH AFTER DAY 1 OF LEAGUE MEET

TRUMANSBURG — The Waverly girls registered six top-three finishes, including a relay win, and are in second place after Day 1 of the IAC Large School Track & Field Championships, while the Wolverine boys are in fifth place.

Freshman Harper Minaker and 7th-grader Lauren Gorsline teamed with sophomore Elizabeth Vaughn, and freshman Haylie Davenport to win the 3,200-meter relay in a time of 10:48.7.

The foursome of juniors Abigail Knolles, Natalie Garrity, and Kennedy Westbrook, and senior Olivia Nittinger ran the fastest time in the 400-meter relay in a time of 51.71 seconds.

Eighth-grader Mira Kittle finished third in the 100-meter hurdles in a time of 17.99 seconds, while senior Sydney Nierstedt was fourth in 18.13 seconds, and sophomore Erica Ryck was fifth in 18.33 seconds.

Sophomore Mackenzie LaForest finished fifth in the discus with a toss of 75-feet, 11-inches

BOYS
Dryden leads the team standings with 78 points, while Trumansburg is second with 54.17 points, Newark Valley is third with 45.83 seconds, Lansing is fourth with 35, and Waverly has 27 points.

Chandler finished third in the 110-meter hurdles in 17.25 seconds

Senior Cameron McIsaac finished fourth in the shot put with a heave of 36-feet 7 1/2-inches, while sophomore Jake Benjamin was third at 34-feet, 3 1/2-inches

Sackett finished fifth in the high jump, clearing the bar at 5-feet, 6-inches.

The foursome of seniors Gavin Schillmoeller and Kaden Wheeler, and freshmen Payton Fravel and Nic Mattison teamed to finish fifth in the 3,200-meter relay in a time of 9:44.97.

VanDyke finished sixth in the 400-meter dash in 54.84 seconds, and junior Treyton Moore was eighth in 56.19 seconds.

Day 2 is Thursday at Trumansburg High School at 4:45 p.m.