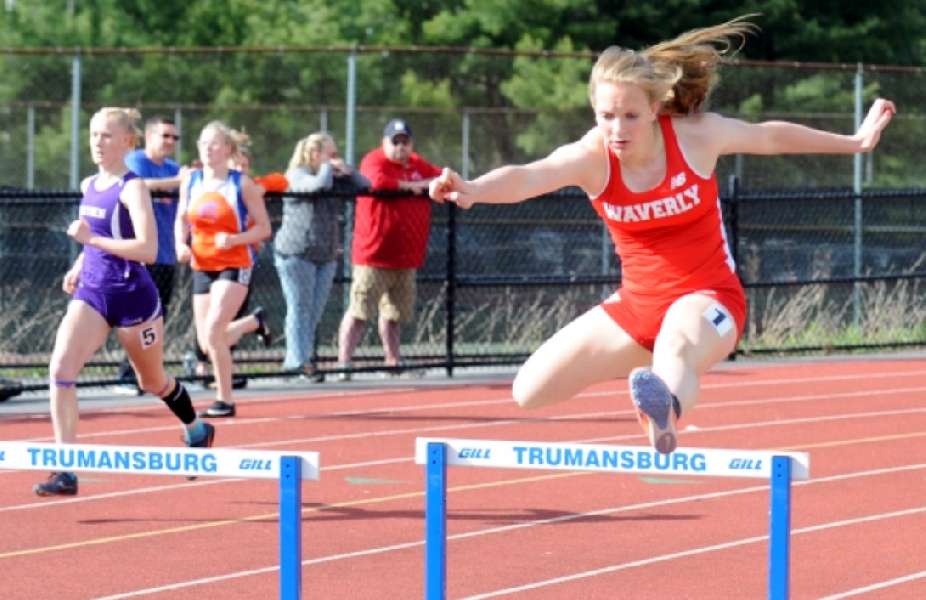 The Lady Wolverines finished second in the Large School standings, while the boys finished third.

GIRLS
Notre Dame won the meet-closing 1,600-meter relay to claim the team title with 128 points, while Waverly tallied 126 points, and third-place Dryden had 105 points. Lansing was fourth with 76, and fifth-place Newark Valley had 57.

Kennedy Westbrook also finished second in the 200-meter dash in 27.78 seconds, while sophomore Allison Barrett was sixth in 29.27 seconds, and sophomore Paige Robinson was 10th in 29.53 seconds.

Sophomore Mackenzie LaForest finished fourth in the shot put with a heave of 27-feet, 3-inches.

Freshman Kiley Stillman was seventh in the high jump at 4-feet, 2-inches, and senior Sydney Nierstedt was eighth at 3-feet, 11-inches.

BOYS
Dryden claimed the team title with 132 points, well ahead of runner-up Trumansburg, which had 111.17 points. Waverly, which was in fifth after Day 1, had 85 points, while fourth-place Newark Valley had 82.83 points, and fifth-place Lansing had 75 points.

Chandler teamed with Bechy, junior Jerrell Sackett, and senior Sam VanDyke to win the 400-meter dash in a time of 44.23 seconds.

Chandler and VanDyke teamed with senior Kaden Wheeler and junior Treyton Moore to win the 1,600-meter relay in a time of 3:36.17

Junior Ryan Clark finished third in the discus with a toss of 109-feet, 2-inches, and sophomore Jake Benjamin was eighth at 82-feet, 3-inches.

Senior Derek Bartlett finished third in the pole vault at 10-feet, 7-inches, and Clark was fourth at the same height.