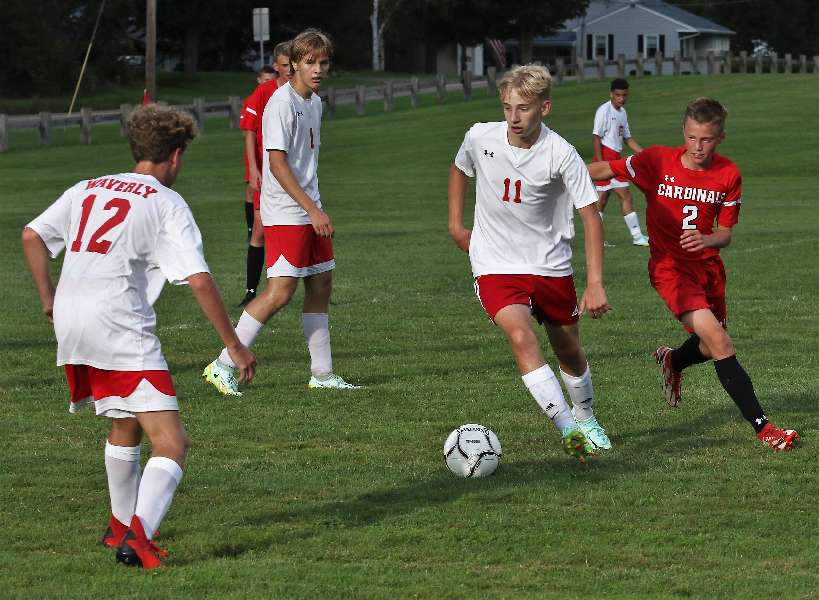 “It was kind of a tough loss tonight, a lot of things out of our control played against us to make it an uphill battle,” said Waverly coach Eric Ryck.

“I’m very happy with how the boys battled tonight and created opportunities throughout the game, especially in the second half,” he noted.

“We had them on their heels, but really just some unlucky events … we had two shots off the post and one off the crossbar,” added Ryck. “Time to gather ourselves and focus on moving forward.”

Junior Griff Schillmoeller, off a feed from Alex Emanuel, scored 13 minutes into the game to give the Wolverines a 1-0 lead.

Will Craparo scored in the 55th minute for the Cardinals to tie the game at 1-1, the Connor VanZile scored about four minutes later to make it 2-1.