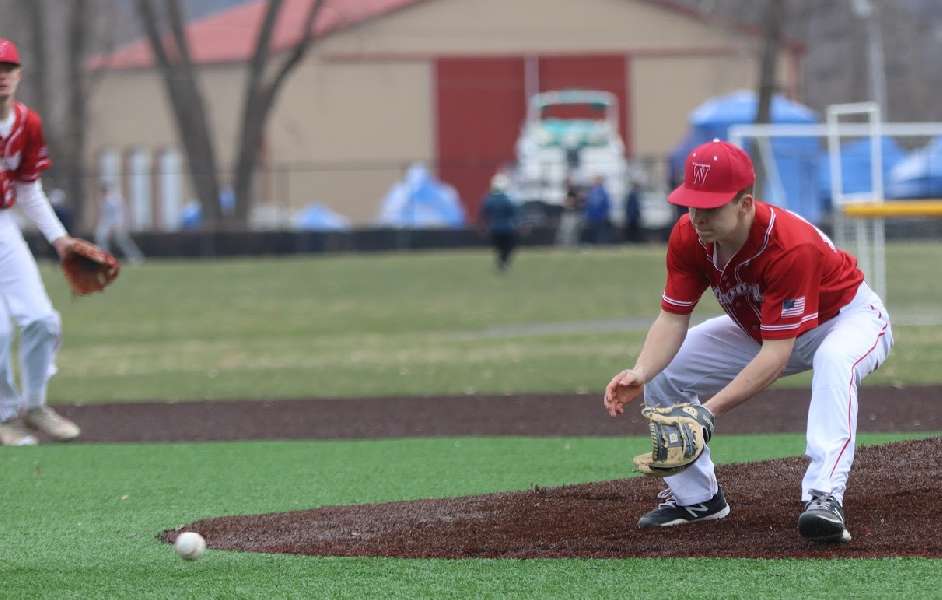 Pipher struck out two and walk two, and threw 61 pitches while earning the win. Senior Derek Seymour finished off the game, allowing one run on two hits, while striking out two in two innings.

After a scoreless first inning, senior Caden Hollywood and junior Ty Beeman stroked back-to-back singles to lead off the top of the second inning.

After the Wolverines hit into their second double-play in as many innings, senior Brennan Traub and junior Nate DeLill rapped RBI singles to give the Wolverines an early 2-0 lead.

Waverly added an unearned run in the fifth inning to push its lead to 3-0, added a run in the sixth on an RBI single by Thomas Hand to make it 4-0.

Junior Bryce Bailey gave Waverly a 5-0 lead with an RBI single in the top of the seventh inning, and DeLill finished off the scoring with a two-out, two-run home run to left field to extend the lead to 7-0.