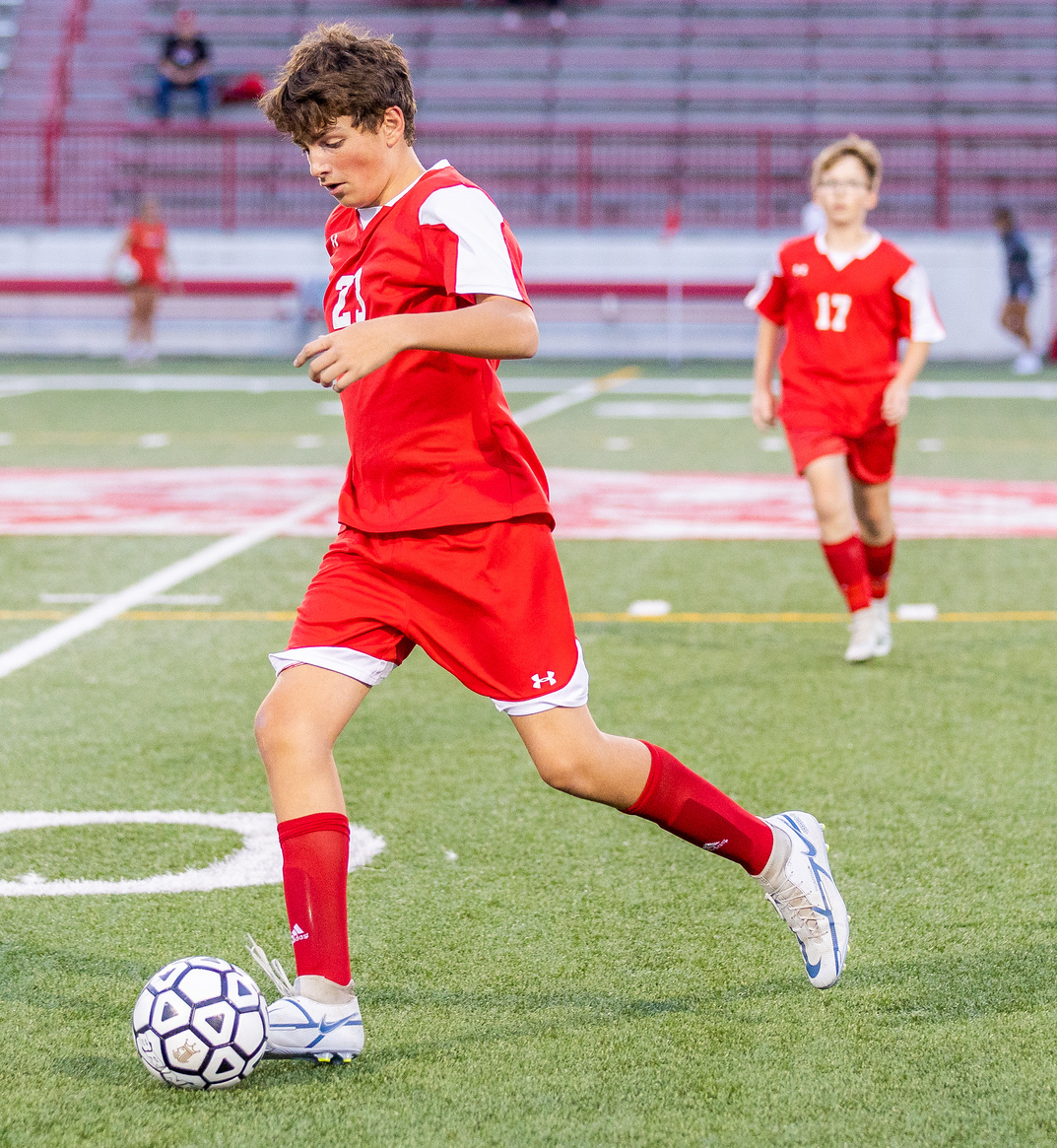 ODESSA — Junior Griff Schillmoeller scored two goals, and assisted on the other to lead Waverly to a 3-0 win over Odessa-Montour here Thursday night in IAC South boys soccer action at Charles Martin Field.

“I’m glad to come away with the win and the first clean sheet (shutout) of the season,” said Waverly  coach Eric Ryck.

“The boys moved the ball around really well in the first half and we controlled possession.

“This is our fourth game in six days, it’s been a grind for the boys and I think it took its toll a little bit in the second half,”  noted Ryck. “We started to play very direct, but they continue to work and find ways to win.

“I’m Proud of their stick-to-itiveness this week, and happy that everyone has stayed healthy,” he added. “We still have one more game to go this week against Whitney Point on Saturday, so a much needed recovery day tomorrow.”

Schillmoeller scored an unassisted goal in the 12th minute, then duplicated the feat six minutes later to give the Wolverines a 2-0 lead.

The last 58 minutes of the game was scoreless.