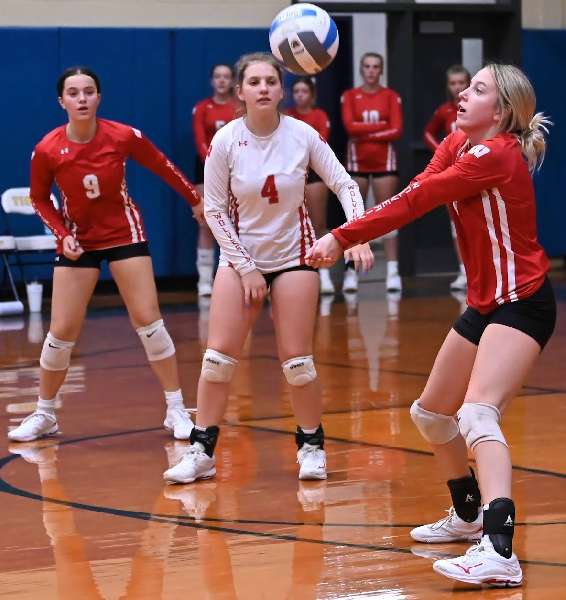 TIOGA CENTER — It couldn’t get any closer.

Tioga rallied from a 2-1 deficit, and needed extra play in the decisive fifth set to pull out a 3-2 win over Waverly here Monday night in IAC South volleyball action.

“I’m super-proud of my team tonight,” said Waverly coach Charity Meyers. “They played hard and had a lot of amazing plays. They never gave up. and gave Tioga a battle all night.

“We definitely need to make sure we get our serves over, it makes a huge difference in the game,” she added. “We can’t wait to see Tioga again.”