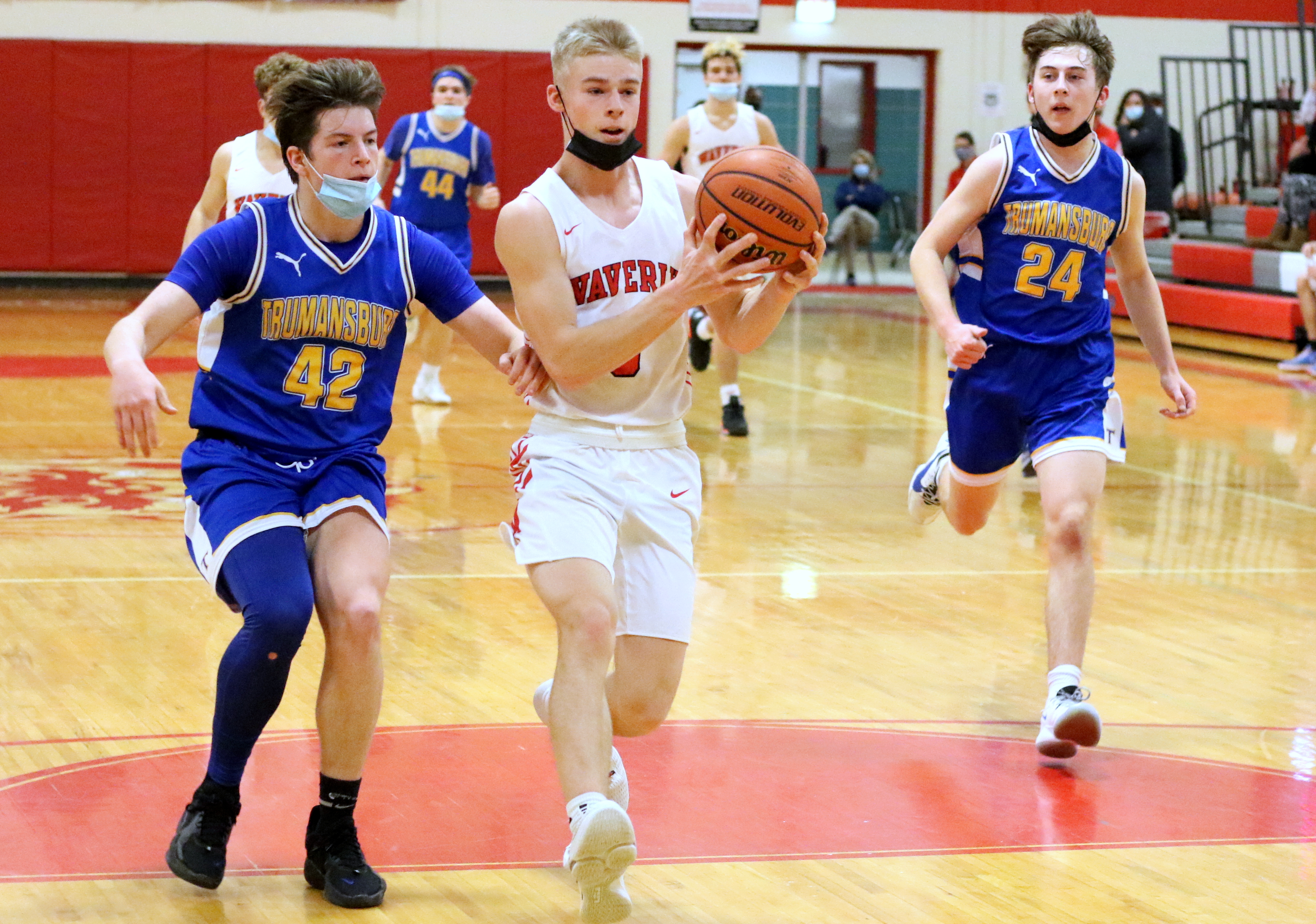 “Joey has been carrying a lot of the offensive load for us early on in games,” said Waverly coach Lou Judson.”We’ve had some other guys step up their games, too.”

The Wolverines, who have won seven in a row, improve to 10-3 on the season.

“Our defense has really picked up the last few games,” said Judson. “We played with a lot of energy.

“We’re playing good basketball right now at both ends of the floor,” he added.

Tomasso poured in 13 points in the second quarter, including a pair of 3-pointers, and senior Tyler Talada also knocked down a 3-pointer, and scored five points in a 27-10 blitz that put the Wolverines ahead 49-17 at the half.

Brennan Traub and Liam Traub combined for 16 points in the second half as Waverly added to its lead.