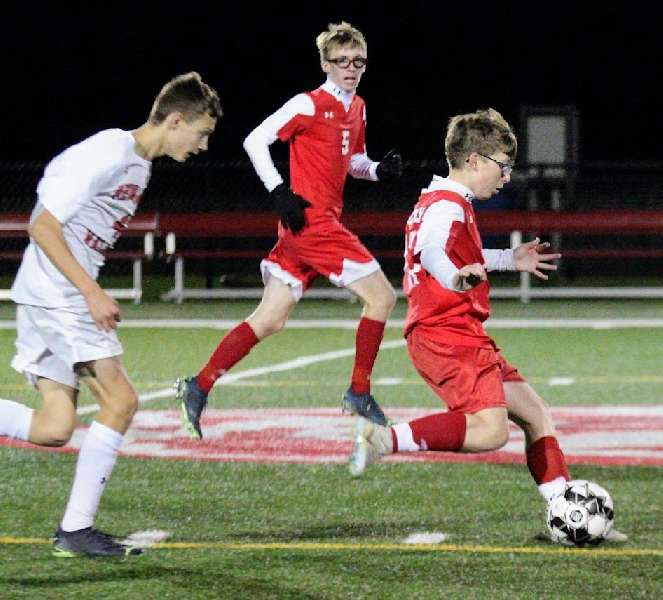 “The boys played some very good possession soccer tonight, and it was great to be able to control the tempo of the game,” he noted. “It allowed us to create positive opportunities offensively, and force Newark Valley to have to chase a bit.

“(NV) came out a little higher tempo in the second half, but our back line did a great job handling their advances and keeping the game in our favor.

“I’m happy we were able to put two solid halves together and continue to play quality soccer,” Ryck added. “This is something we struggled with earlier in the season, so very happy to see the improvement.”

Schillmoeller, off a feed from sophomore Ethan Gorsline scored eight minutes into the game to give the Wolverines a 1-0 lead, which it carried into the halftime intermission.

Gorsline added an insurance goal about nine minutes into the second half to put Waverly up 2-0.

Newark Valley had a 10-7 advantage in shots-on-goal, while Waverly had a 4-2 edge in corner kicks.

Freshman Aiden Doherty had seven saves in net for the Wolverines.

Waverly, now 6-3, returns to action Thursday when it hosts SVEC.