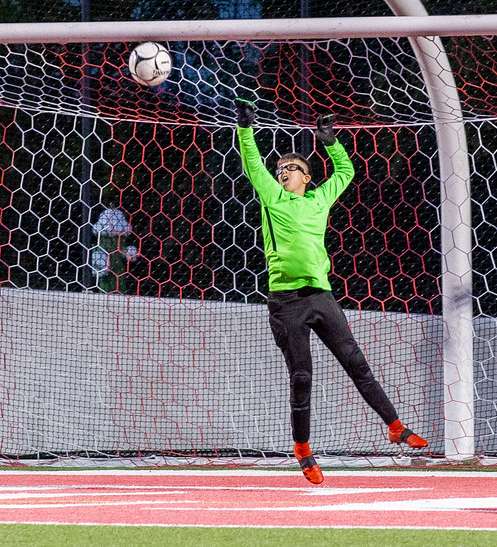 Waverly coach Tara Hogan said her team didn’t play it’s best, but the defense covered for many of its mistakes.

“This wasn't our strongest played game,” said Hogan. “We made a lot of mistakes, and never quite found our rhythm.

“Usually in the second half, we pull things together and make adjustments that work; that wasn't the story tonight.

“Newark Valley outplayed us the second half, but thanks to our defenders —Paige Robinson, Olivia Robinson, and Claire Clonch — and stopper Makenzie Olmstead, they were never really able to put something together,” Hogan noted.

“We had a few more opportunities to move forward in the second half, but Newark Valley’s defenders kept a close tab on our forwards,” she added. “Thankfully, we were able to pull out the win.”

After more than 85 minutes of scoreless soccer 8th-grader Lauren Gorsline found Addy Westbrook near the top-of-the-18, and Westbrook’s shot sailed over the keeper’s head to put the Wolverines in the lead.

“Addy (Westbrook) had a beautiful shot sail, and Lauren (Gorsline) had some amazing passes to her fellow forwards.  She sees the field and her options very well,” added Hogan.

Waverly had a 9-7 edge in shots-on-goal, and a 4-2 advantage in corner kicks.