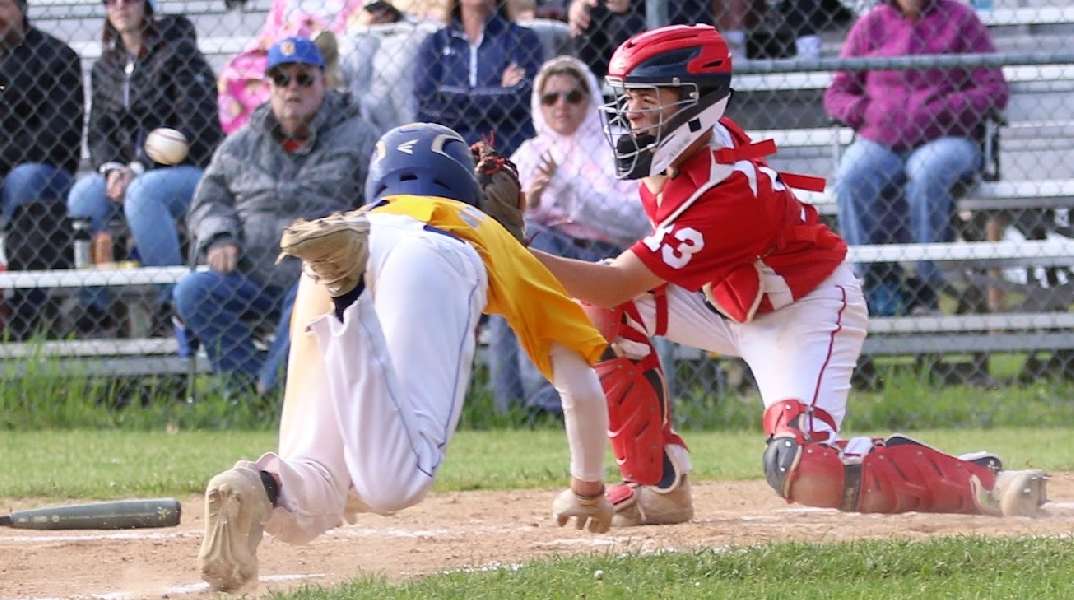 WAVERLY — Waverly’s comeback in the bottom of the seventh inning came up 90 feet short in a 2-1 loss to Lansing here Tuesday afternoon in the IAC Large School junior varsity championship baseball game.

The Bobcats scored runs in the third and sixth inning, and led 2-0 after 6 1/2 innings.

Nehemiah Anthony led off the home half of the seventh inning with a single, and moved to second on a sacrifice bunt by Bryce LaForest.

With two outs, Ben Shaw walked, and Carter George stroked an RBI single to close the gap to 2-1.

Sean Bubniak followed with a single to load the bases, but the junior Wolverines left the bases jammed.

Bubniak was tagged with the loss, allowing two runs on two hits in six innings, while striking our six and walking three. Jake VanHouten struck out one and walked two in an inning of scoreless relief.

George singled and drove in one run, and Anthony singled and scored one run to pace Waverly at the plate, while VanHouten, Shaw, Bubniak, Thomas Morley, and Ryan Bostwick each singled.

Waverly left 11 runners on base in the loss, including seven in scoring position, and left the bases loaded twice.