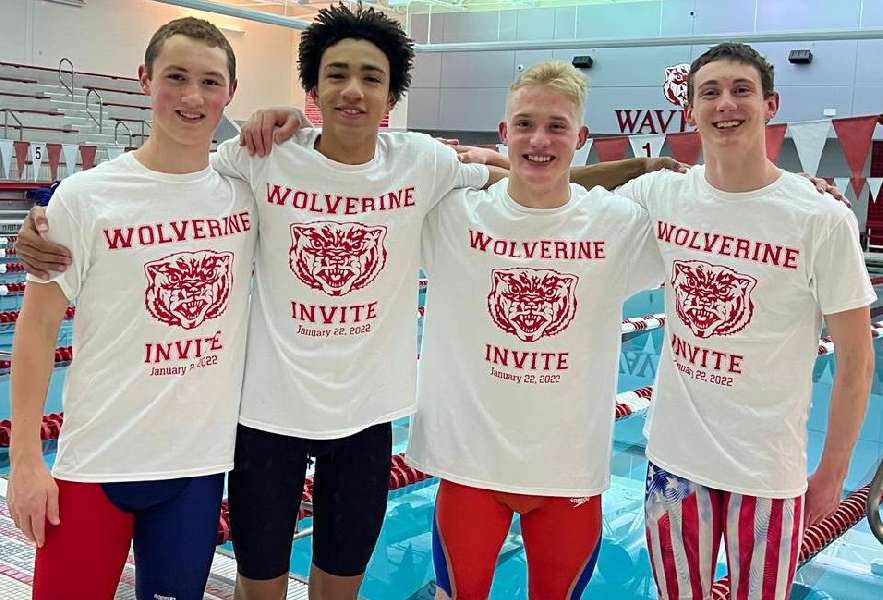 The foursome also qualified for States in all three relay events.

Wheeler, Williams, Sackett, and Clark opened the meet with the first record-setting performance of the day, winning the 200-yard medley relay in a time of 1:39.23 to break a 23-yard-old school record.

The relay not only broke a school record, it established a new pool record, and a new meet record. The time is currently the 11th fastest in the state this year.

Later in the meet, the same foursome established new school, pool, meet, and IAC records in the 200-yard freestyle with a first-place time of 1:27.61, breaking a 10-year-old school record by nearly two seconds.

It is also currently the fastest time in the 200 free relay in the state this season.

The foursome eclipsed the previous mark of 1:29.51, set in 2012 by James Rynone, Zach Rynone, John Hallett, and Jeff Mastrantuono.

Wheeler, Williams, Sackett, and Clark wrote their name in the record books for the third time in the meet-closing 400-yard freestyle relay, breaking another 23-yard-old record with a first-place time of 3:15.2, which currently ranks as the second-fastest time in the event in the state this season.

Individually, Oscar Williams registered the only win for the Wolverines, clocking in at 2:06.44 in the 200-yard IM.

Sackett finished second in the 50-yard free in a time of 21.48 seconds, and Clark was fifth in 22.62 seconds. Corning standout Ryan McNutt, who will swim at Penn State next season, won the event in 21.44 seconds.

Wheeler finished second in the 100-yard butterfly in a time of 53.97 seconds.

Junior Sheldon Huddleston finished 12th in the 100-yard freestyle in a time of 59.09 seconds.