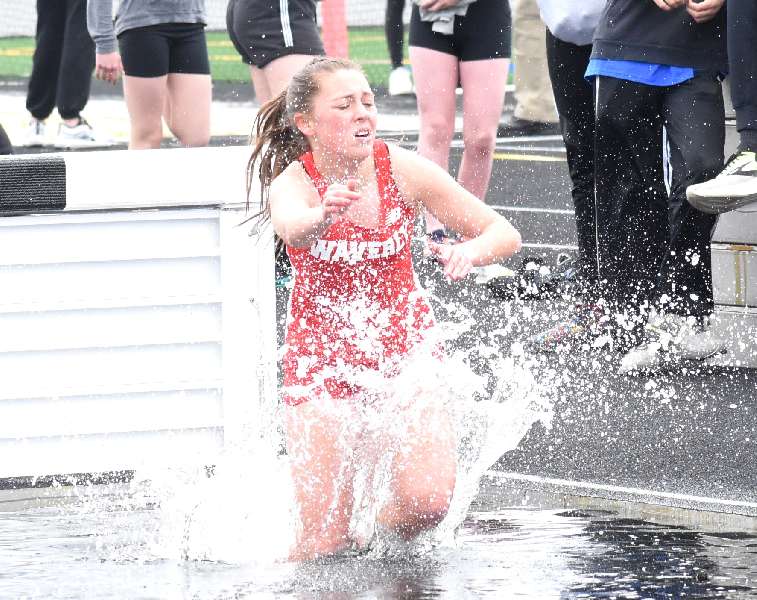 HORSEHEADS — The Waverly girls and boys both finished second in the team standings at the inaugural Blue Shoes Track & Field Invitational.

Horseheads won the team title with 125 points, while Waverly tallied 104 points, Notre Dame was third with 93 points, and Lansing was fourth with 58 points.

The 400-meter relay foursome of Westbrook, juniors Abbey Knolles and Natalie Garrity, and Nittinger won in a time of 52.36 seconds.

The foursome of Gorsline,Minaker, freshman Haylie Davenport, and sophomore Elizabeth Vaughn won the 3,200-meter relay in a time of 11:03.71.

Knolles, Garrity, NIttinger and Kennedy Westbrook teamed to finish second in the 1,600-meter relay in a time of 4:25.38.

Nittinger also finished second in the pole vault, clearing the bar at 8-feet, 6-inches, and sophomore Paige Robinson was sixth at 7-feet.

Kennedy Westbrook finished third in the 200-meter dash in 27.11 seconds, while Barrett was fifth in 28.02 seconds, and Robinson was eighth in 29.35 seconds.

Senior Sydney Nierstedt finished third in the 100-meter hurdles in a time of 18.35 seconds, and sophomore Erica Ryck was fourth in 18.53 seconds. Nierstedt also finished fifth in the long jump with a leap of 14-feet, 8 1/2-inches, and Davenport was 11th in 13-feet, 5-inches.

Stillman finished fifth in the high jump at 4-feet, 2-inches, and Nierstedt was seventh at the same height.

Horseheads won the team title with 96 points, while Waverly had 87 points, Vestal was third with 71, and Elmira was fourth with 61.

The foursome of Bechy, Sackett, Chandler, and VanDyke  won the 400-meter relay in a time of 45.11 seconds.

Clark won the pole vault, clearing the bar at 11-feet. while senior Derek Bartlett was third at 10-feet, and senior Kaden Wheeler was seventh at 8-feet, 6-inches.

Clark finished second in the discus with a toss of 113-feet, 5 pinches, while sophomore Jacob Benjamin was seventh at 94-feet, 3-inches, and 8th-grader Trey Beeman was 12th at 82-feet.

Chandler teamed with senior Kaden Wheeler, VanDyke, and junior Treyton Moore to finish second in the 1,600-meter relay in a time of 3:41.03.

Sophomore Ralph Johnson finished second in the 100-meter dash in 11.26 seconds, while Bechy was third at 11.44, and Sackett placed sixth in 11.84 seconds.

Sackett finished third in the high jump, clearing the bar at 5-feet, 4-inches.