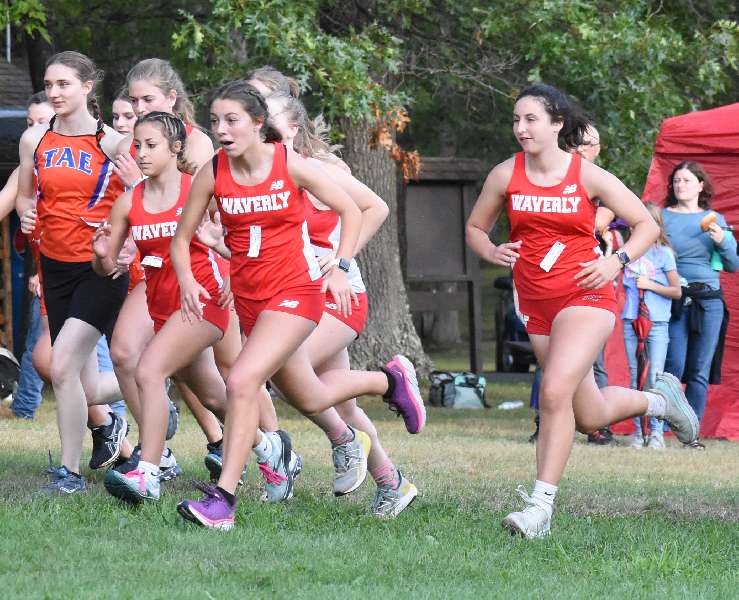 ELMIRA — The Waverly girls had three runners in the top four, but SVEC won the six-team meet here Tuesday afternoon in IAC cross country action at the Newtown Battlefield, while the Waverly boys, and the Tioga boys and girls fielded incomplete teams.

GIRLS
Notre Dame’s Piper Young and Waverly sophomore Harper Minaker finished 1-2 in the girls race, but it was SVEC that won the meet.

SVEC won the team chase with 42 placement points, while Waverly was second with 46, Newark Valley was third with 64, and Edison was fourth with 68. Notre Dame and Tioga fielded incomplete teams.

It’s the third time this season, Piper and Minaker finished 1-2 in a race, but Minaker has closed the gap each time out. In the season opener, Piper topped Minaker by 1:11.94, but Minaker closed the gap to 19.7 seconds on Saturday at the Crusader Clash, and 9 seconds Tuesday.

BOYS
SVEC breeze to the team win with 18 placement points, while Edison was second with 54 points, and Newark Valley was third with 60. Notre Dame, Tioga, and Waverly fielded incomplete teams.

MODIFIED
Girls
Waverly’s Taylor Sinsabaugh finished third in the modified girls race in a time of 13:58.8, and Trinity Mayo was fourth in 14:06.6.

Boys
Waverly’s Chase Hine finished fourth in 12:04.8, and Hayden Montanye was fifth in 12:51.9 in the boys modified meet.