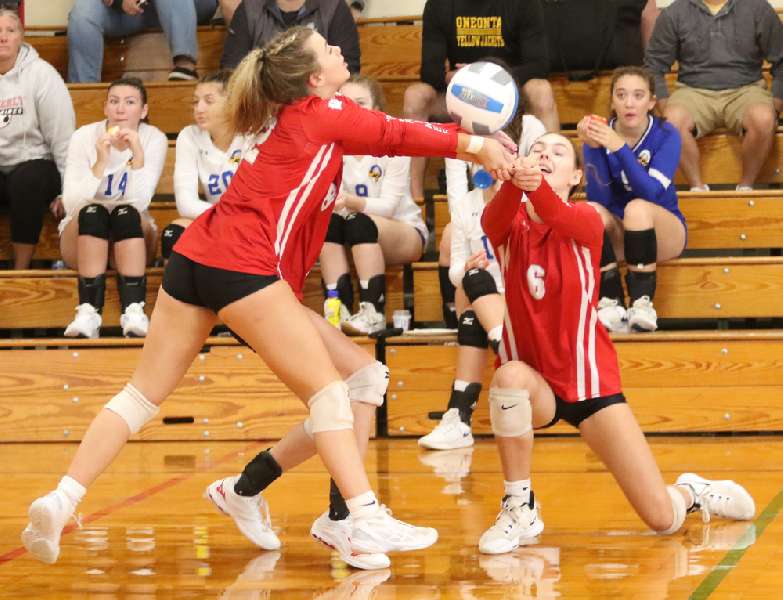 Lansing, which would capture the team title, played in the Court 1 (high school gym) pool with host Tioga, Candor and South Seneca from Section V.

Union Springs dropped out of the tournament, leaving the Court 1 pool with four teams, so each round in that pool was three sets with the third set going to 15.

The Court 2 pool went down to the wire with the semifinalists not being decided until the final round. Waverly was eliminated in its final match.

Tioga would advance to the semifinals to face Trumansburg, which won 25-11 over the Tigers.