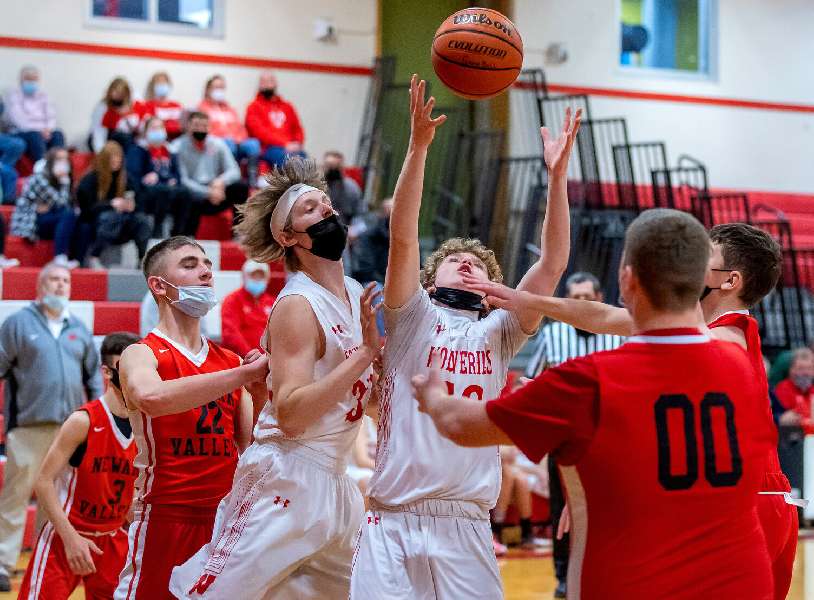 WAVERLY — Waverly raced out to an 18-point first-quarter lead, and led by 34 points at halftime on its way to a 63-41 win over Newark Valley here Wednesday evening in IAC South Large School junior varsity boys basketball action.

The junior Wolverines kept it rolling in the second quarter. VanHouten scored seven points and Nehemiah Anthony added five points in a 23-7 run that extended Waverly’s lead to 46-12 at the half.

VanHouten led Waverly with 21 points and six rebounds, while George had 12 points and three rebounds, and Nehemiah had nine points and four rebounds.