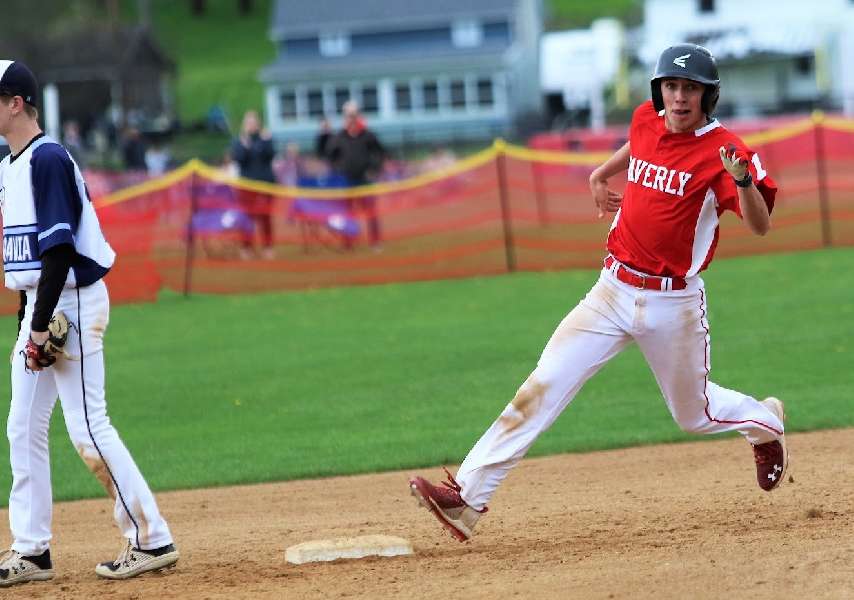 WAVERLY JVs BUONCE BACK FROM LOSS AT T-BURG, WITH WIN OVER MORAVIA

WAVERLY — Waverly bounced back from a loss to Trumansburg on Friday with a win over Moravia Monday in IAC junior varsity baseball action.

Trumansburg 20, Waverly 4
At Trumansburg, Trumansburg scored in every inning, and cruised to a 20-4 win over Waverly Friday afternoon.

Waverly scored three runs in the first inning, but the junior Blue Raiders answered with with two runs in the home half, and five more runs in both the second and third innings to take a 12-3 lead.

Waverly 8, Moravia 4
At Waverly, the Wolverines scored three runs in the bottom of the fourth inning to take the lead for good in an 8-4 win over Moravia Monday.

Moravia scored a run in the top of the first and third, and led 2-1 after 3 1/2 innings, but Waverly plated three unearned runs in the fourth in a rally that featured singles by Ryan Bostwick and Jake VanHouten.

Waverly added two more runs in the fifth and sixth innings to extend its lead to 8-2.

Charlie Larrabee and Ryan Bostwick singled and scored one run in the win, while Ben Shaw added a single, and Thomas Morley had three RBI.

Larrabee earned the win, allowing four runs — three earned — on four hits, while striking out five and walking three in 6 1/3 innings. Bubniak struck out two and walked one, while allowing an unearned run on one hit in 2/3 of an inning.