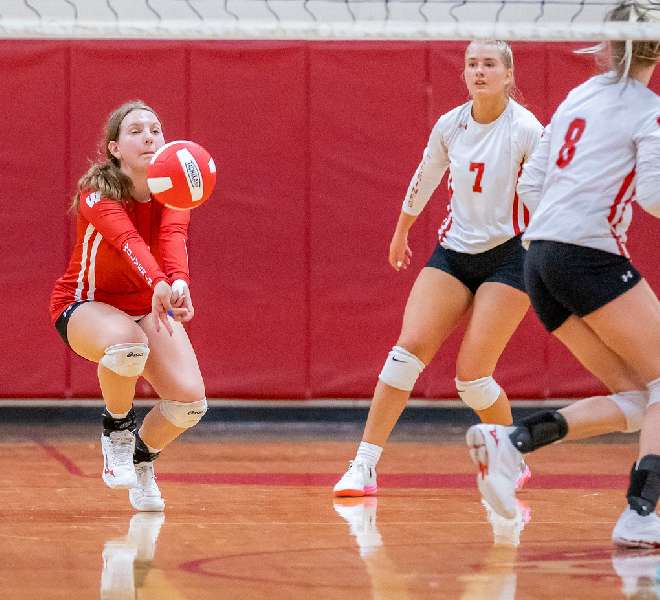 WAVERLY — Waverly dropped a hard-fought first set, but rallied to win the next three in a 3-1 win over Thomas A. Edison here Wednesday night in IAC South Large School Division volleyball action.