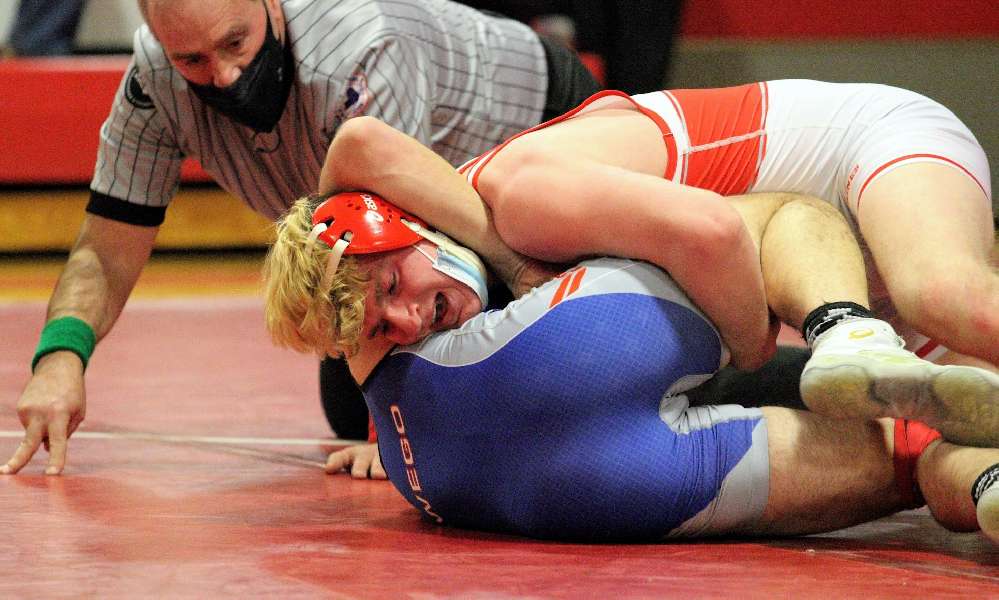 WAVERLY — Waverly won five weight classes in a row late in the match to pull out a regular-season ending, 40-27, win over Owego here Thursday night in non-league wrestling action.

Owego’s RaeAnn Craft opened the night with an 8-3 win over freshman Jake Besecker at 118 pounds to give the Indians a 3-0 lead.

After junior Landon McCarty received a forfeit at 126 to give Waverly a 6-3 lead, Colin Brink and Jozsiah Varga-Flynn registered pins at 132 and 138 to make it 15-6.

Junior Connor Stotler pinned Owego’s Garit Hodson in 1:53 at 145 pounds, but Owego’s Caleb Hoover answered with a 33-second fall at 152 pounds to give the Indians a 21-12 lead.

After junior Braeden Hills scored a first-period pin at 160 pounds to close the gap to 21-18, junior Gage Tedesco forged an 11-2 major decision over Owego’s Matt Gatto in the marquee match-up at 172 pounds to put the Wolverines ahead for good, at 22-21.

Senior Andrew Kimble (189 pounds) and junior Ty Beeman (215 pounds) both registered first-period falls for the Wolverines to extend the lead to 34-21.

A forfeit to Owego’s Collin Monell at 102 pounds provided the final margin.

Waverly returns to action Feb. 5 in a Section IV Qualifier.